Slavery and Anti-Slavery: A transnational archive 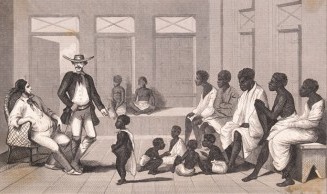 Slavery and Anti-Slavery: A Transnational Archive traces the history and ongoing cultural impact of slavery. It provides access to thousands of full-text primary source documents and archival records, including those from:

Ultimately millions of pages of information will be available in SAS, letting VCU researchers search across all documents in one seamless interface, according to Kevin D. Farley, Ph.D., assistant professor and humanities collections librarian.

“The result will be unexpected and important contributions to the scholarly dialogue about American slavery and its local and global ramifications,” Farley said.

Farley also noted that the addition of this collection is timely. During the sesquicentennial anniversary of the American Civil War, and given the centrality of the slave trade to Richmond history, he expects this database at VCU will deepen the study and teaching of these events in unprecedented ways.

“In placing slavery practices against the longstanding U.S. and European efforts to abolish slavery, SAS allows researchers to see all aspects of this crucial and far-reaching history,” he said.

The database now consists of Part I, “Debates over Slavery and Abolition,” and Part II, “Slave Trade in the Atlantic World.” Two additional sections are being developed: Part III, “Institution of Slavery,” and Part IV, “Age of Emancipation.”