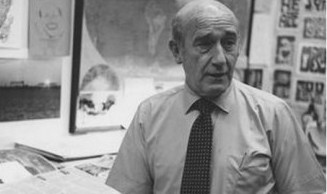 The Chick Larsen Papers give a local perspective to VCU Libraries’ expansive Comic Arts Collection with a look at the life and methods of an award-winning cartoonist.

From 1950 to 1954, Carl E. “Chick” Larsen (1923-1991) studied commercial art at Richmond Professional Institute (RPI), the forerunner of VCU. He later became an editorial cartoonist for the Richmond Times-Dispatch, where he worked for more than 35 years. One of his best-known creations was a color comic strip about a newspaper carrier. “Carrier-Toons” ran in newspapers nationwide from 1979-1984.

The collection documents Larsen’s career as a professional artist. Samples of his work include clippings of “Carrier-Toons,” some of his student work and pieces he created for various clients. It also contains some of Larsen’s art supplies–the X-ACTO knives and India ink that were common tools of the trade from the 1950s to 1980s. These pieces offer a look at the way cartoons were made in the pre-digital era.

To view the Chick Larsen Papers, visit Special Collections and Archives on the fourth floor of James Branch Cabell Library.