Web Statistics and the Final Four

Today, a lot of people around the United States are asking “Who is Virginia Commonwealth University?” and “Where is Virginia Commonwealth University?”. They’re turning to the Internet to find out more about this underdog basketball team and the university they represent.
Even before coach Shaka Smart and the men’s basketball team clinched their victory against Kansas on Sunday, March 27, searches for “virginia commonwealth university” and “vcu” topped [Google’s Hot Searches of the day](http://www.google.com/trends/hottrends?sa=X&date=2011-3-27). As sportscasters will be scrambling to compile information about VCU’s basketball players, potential students (and employees) are scouring the web to find out more about our university.
What does it mean to top Google’s Hot Searches of the Day? VCU received roughly 1.2 million impressions on Sunday, March 27, which translated to around 75,000 visitors.

As shown in the chart below, visits to the VCU website on Sunday (March 27) were more than double the monthly average. 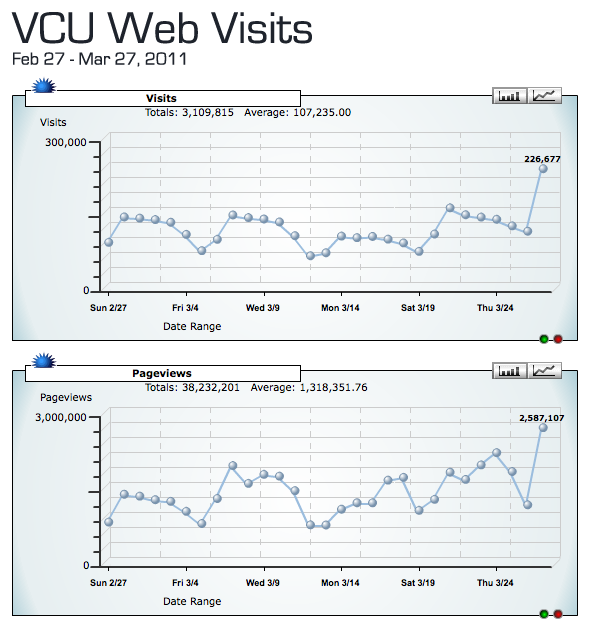 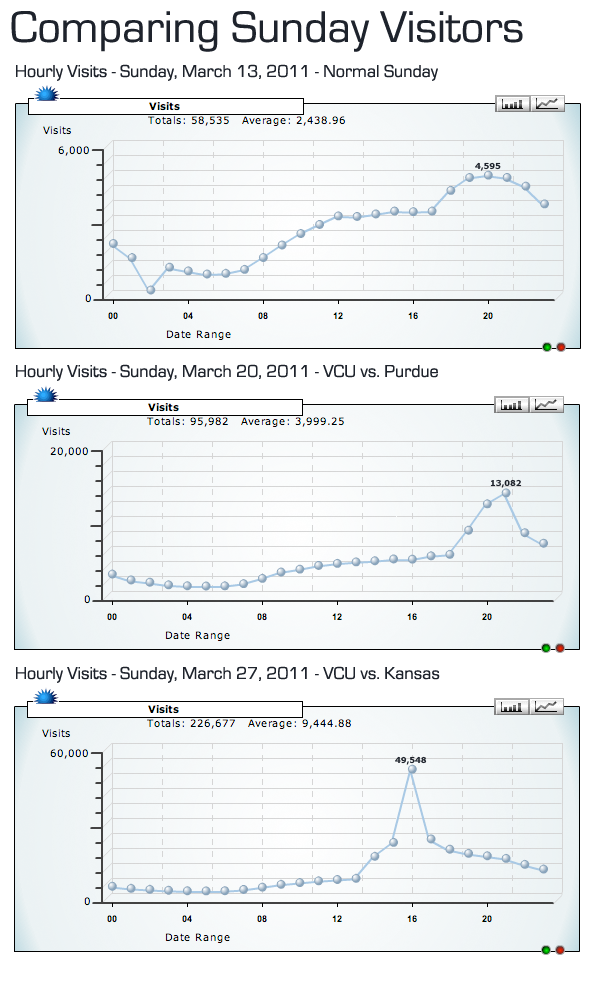 At the peak of the game on Sunday, March 27, the VCU search engine was receiving an average of nearly 60 searches per minute. The most common search queries show that visitors were interested in knowing more about the men’s basketball team and the basketball coach (unsurprisingly), but a surprising number also wanted to know more about the number of students at VCU, campus tour information, and the general university demographics. Many supporters searched for the bookstore where they could purchase t-shirts and other apparel; they also searched for final four tickets, and even for the fight song. Many people also searched for the Ram Cams, presumably to watch the revelry in action around campus. 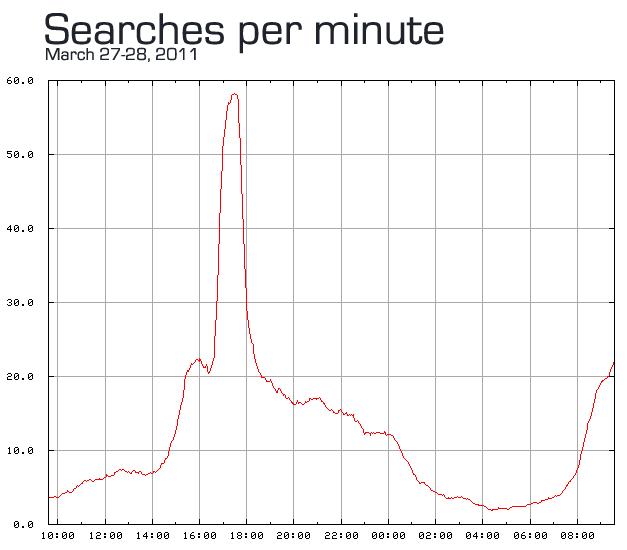