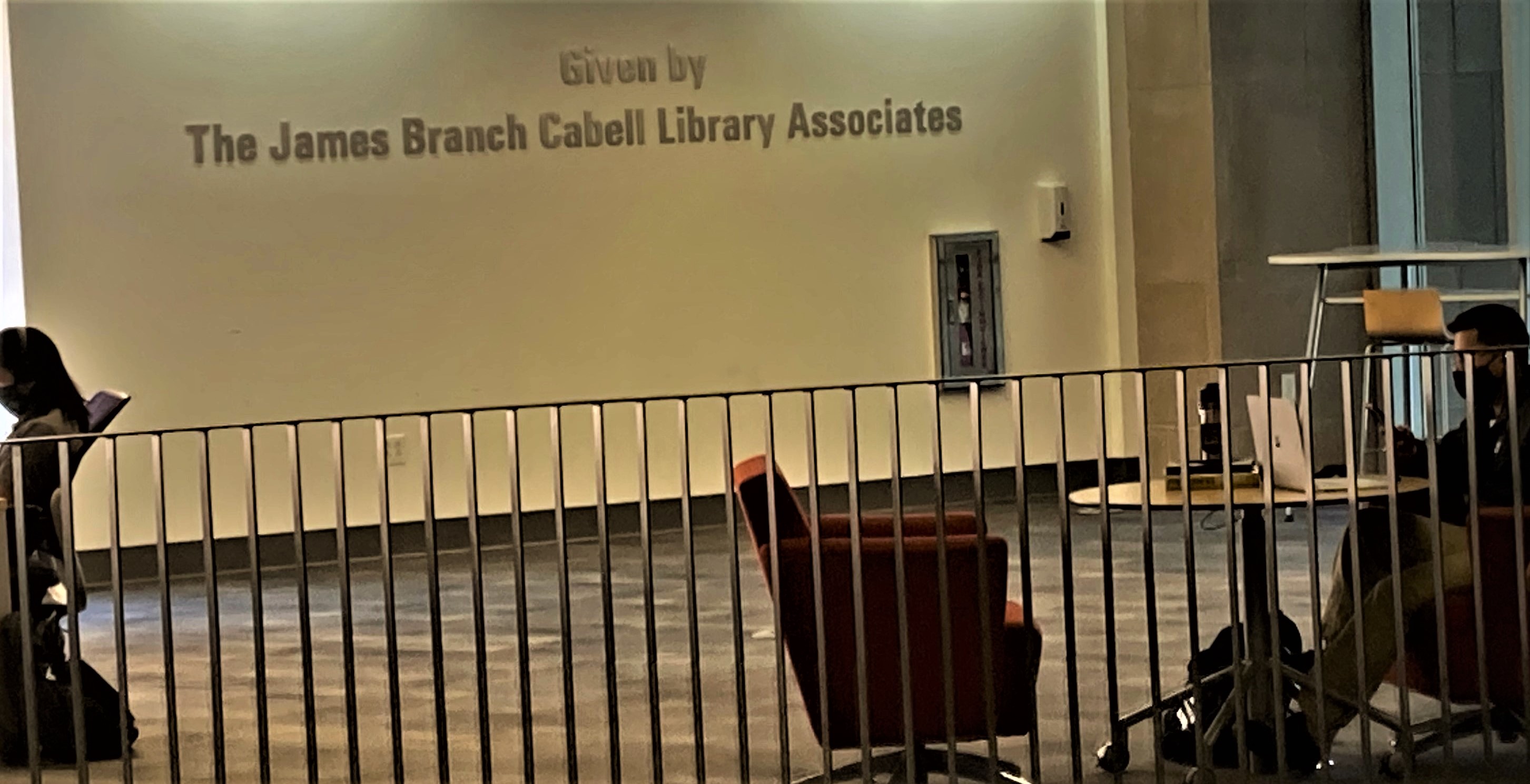 Thanks to the generosity of many donors in the closing days of the Make It Real Campaign, visitors will notice some newly named spaces at James Branch Cabell Library.

The most visible is the second-floor collaborative study space overlooking Shafer Court. This space has been named by the James Branch Cabell Library Associates in recognition of the gift they made in the summer of 2020 to help establish VCU Publishing at VCU Libraries.

Though the number of visitors to our buildings is down this year due to the pandemic, this area remains very popular for students and we look forward to the day that it is crowded once again.

On the third floor, study rooms 308 and 309 have been named by Delta Sigma Theta’s Eta Tau Chapter. The Electrifying 11 from the fall of 1973 worked together to name room 308, while their sisters in The Weather Report from the spring of 1977 and 500 ˚ Fahrenheit from the fall of 1977 joined forces to name room 309. Commonly know as “The Deltas,” the study room namings in the spring of 2020 celebrated 50 years of Deltas at VCU, where they were the first chartered Greek lettered organization on campus.
Also, on the third floor, the art wall bordering the Lecture Hall has been named for the late Jerry Donato in honor of the VCU students that he so loved by his wife, Joan Gaustad, BFA ‘75/Arts. Not far from that, the stairwell connecting the third floor to the second has been named by Drs. Barbara and John Peery. Barbara earned the M.S. in 1986 and the Ph.D. in 1992 from VCU School of Business and taught at VCU for a number of years as well as serving on the board of the Friends of VCU Libraries.

VCU Libraries is grateful for these gifts and many others. The funds raised will help build an Interfaith Prayer and Meditation Space and grow the operations of VCU Publishing, as well as create a virtual presence for Cabell Library’s namesake, Richmond author James Branch Cabell.

To learn more about naming opportunities and how you can the work of VCU Libraries, please contact Kelly Gotschalk, Director of Development and Major Gifts.