Planned gift will establish a Dean’s Endowment for VCU Libraries 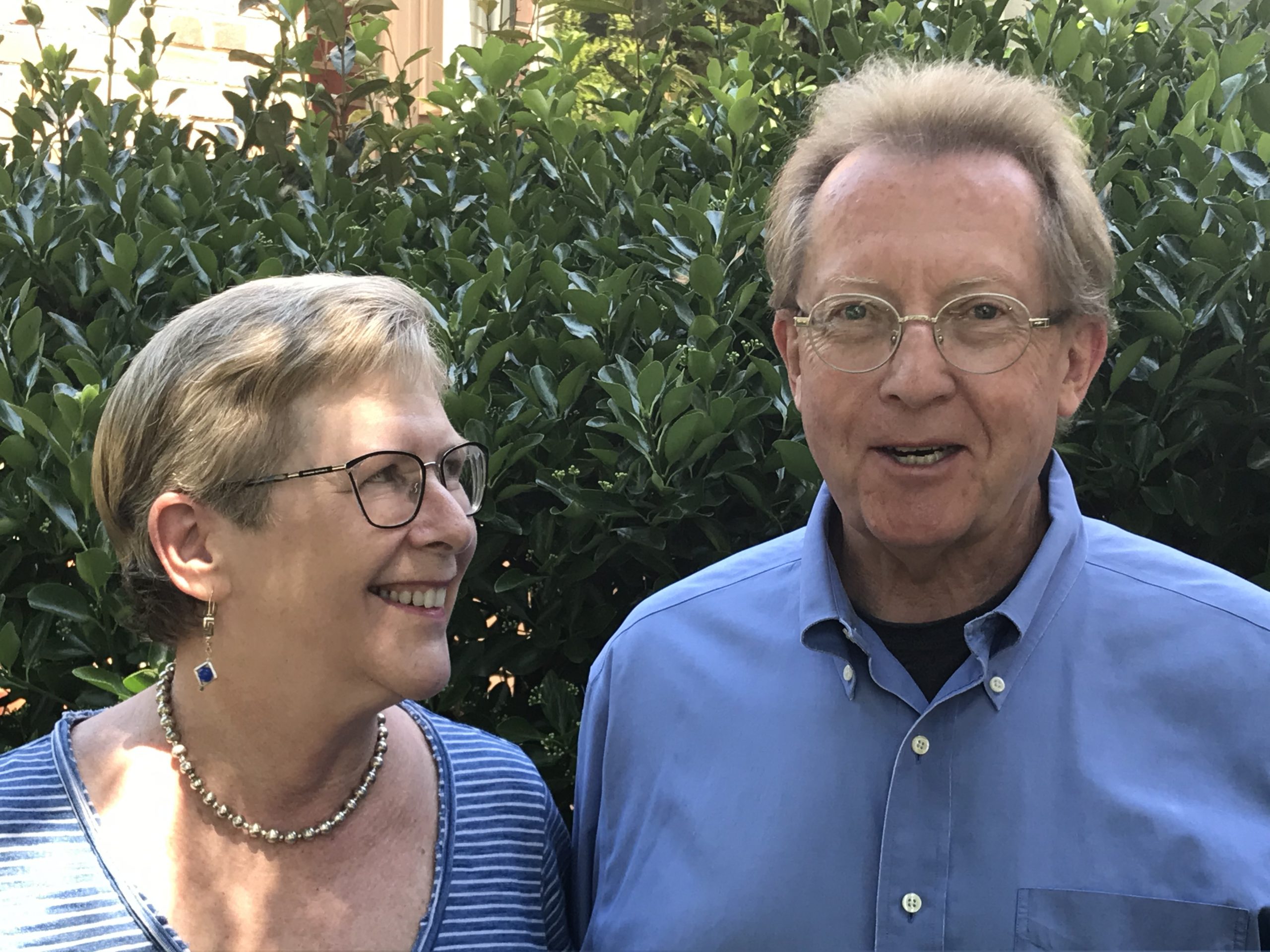 Elizabeth Roderick and John Kneebone are the type of couple that libraries dream about.

She is a retired librarian currently enrolled in VCU’s L. Douglas Wilder School of Government and Public Affairs, working toward a Post-Baccalaureate Certification in Urban Revitalization (after already earning a Master’s in Public Administration and a Post-Baccalaureate Certificate in Nonprofit Management from VCU). She is an active volunteer and Board member at the Pace Center, VCU’s Methodist campus ministry.

Kneebone retired in 2019 as associate professor of History in the College of Humanities and Sciences after a remarkable 16-year career at VCU. During his time at VCU, he served as Chair of the History Department and partnered with President Emeritus Eugene P. Trani, on the forthcoming book Fulfilling the Promise: Virginia Commonwealth University and the City of Richmond, 1968–2009.

Roderick and Kneebone met at the Library of Virginia in 1993. Roderick, for many years, was the Director of the Virginia Library and Information Network (VLIN) and the Digital Library Program, and Kneebone was the Director of the Publications and Educational Services Division and the Virginia Colonial Record Project. It is easily understood that the couple have a strong appreciation of libraries and of VCU Libraries in particular.

Roderick’s mother was a librarian, and she instilled an appreciation of the critical role libraries play in our society. Roderick’s high school job was at her local public library. Kneebone grew up in a small town with a wonderful Carnegie Library that he visited weekly from the time he first learned to read.

Call it chance, luck or fate, a relationship that began during Kneebone’s graduate-student days at the University of Virginia further strengthened the connection to VCU Libraries. For a time, Kneebone shared a house with John Ulmschneider who became Dean of Libraries at VCU. The friendship continues, and in 2016, with the opening of the new Cabell Library, Roderick and Kneebone funded and named a graduate study room in honor of Ulmschneider. Kneebone has partnered with VCU Libraries on events and projects and he and Roderick are vital members of the library community, often attending events in the lecture hall. As Kneebone prepared for retirement, he and Roderick decided to include VCU Libraries in their estate plans.

By designating VCU Libraries as a beneficiary of an IRA, their planned gift will establish the Elizabeth Roderick and John T. Kneebone Dean’s Fund. This endowed fund for use by the future deans of VCU Libraries to meet any unexpected need is a welcome addition to VCU Libraries and will help to set VCU Libraries apart from other similar institutions when it comes to recruiting talent.

Of the gift, Dean John Ulmschneider said “The challenges of running a major academic research library are vast and varied. Though we plan for those challenges continually, unexpected needs have a way of materializing (the current global pandemic is a strong example). This generous gift will help future deans meet those challenges with confidence. I am grateful to John and Elizabeth for their far-sighted commitment to fostering learning and research throughout the university for decades to come.”

This gift to VCU Libraries builds on a record of generosity to VCU and the Wilder School, where the couple established the Elizabeth Roderick Scholarship in Public Administration, awarded annually to a graduate student in the nonprofit management program and the establishment of the Research Opportunity Endowment at the Wilder School, also to be funded with a planned gift.

On behalf of the entire university, VCU Libraries extends its deepest thanks to John and Elizabeth for their visionary gifts to VCU Libraries and the Wilder School. Their help will help VCU continue its advance into the first ranks of research universities, and will make an important difference to students and faculty now and into the future.