Letter from a president found in donated book 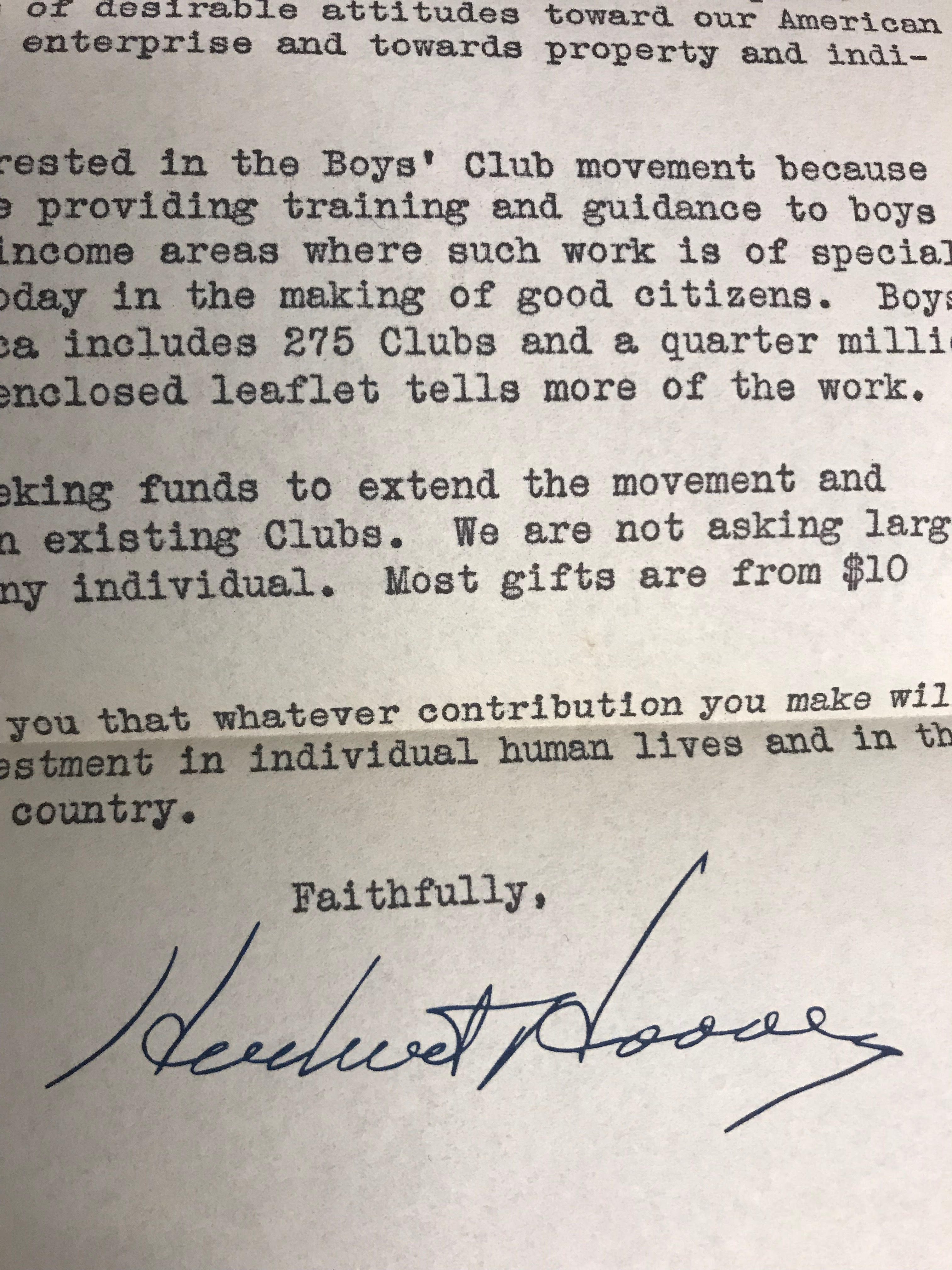 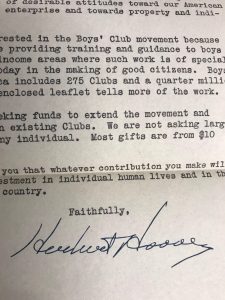 Every year people donate thousands of books to VCU Libraries for the annual Friends of VCU Libraries Book Sale. The books arrive in varying conditions – neatly boxed, haphazardly bagged, occasionally packed into an old suitcase. Every now and then, mementos and odds and ends are donated along with them.

A collection was donated this year that focuses on the life of Hebert Hoover, the 31st president of the United States. Serving from 1929 to 1933, Hoover was in office when the stock market crashed and the Great Depression began.

Hoover was also instrumental in creating the Boys Club of America. Though the Club was not founded until 1956, fundraising was underway in 1944. During a recent book sorting session to prepare for the book sale, a solicitation letter signed by Hoover was found in one of the Hoover books. The signature has not yet been authenticated and is likely an autopen signature as such technology dates to the early 19th century. But, it serves as a reminder of the unknown treasures to be found at our annual book sale which opens on October 25.