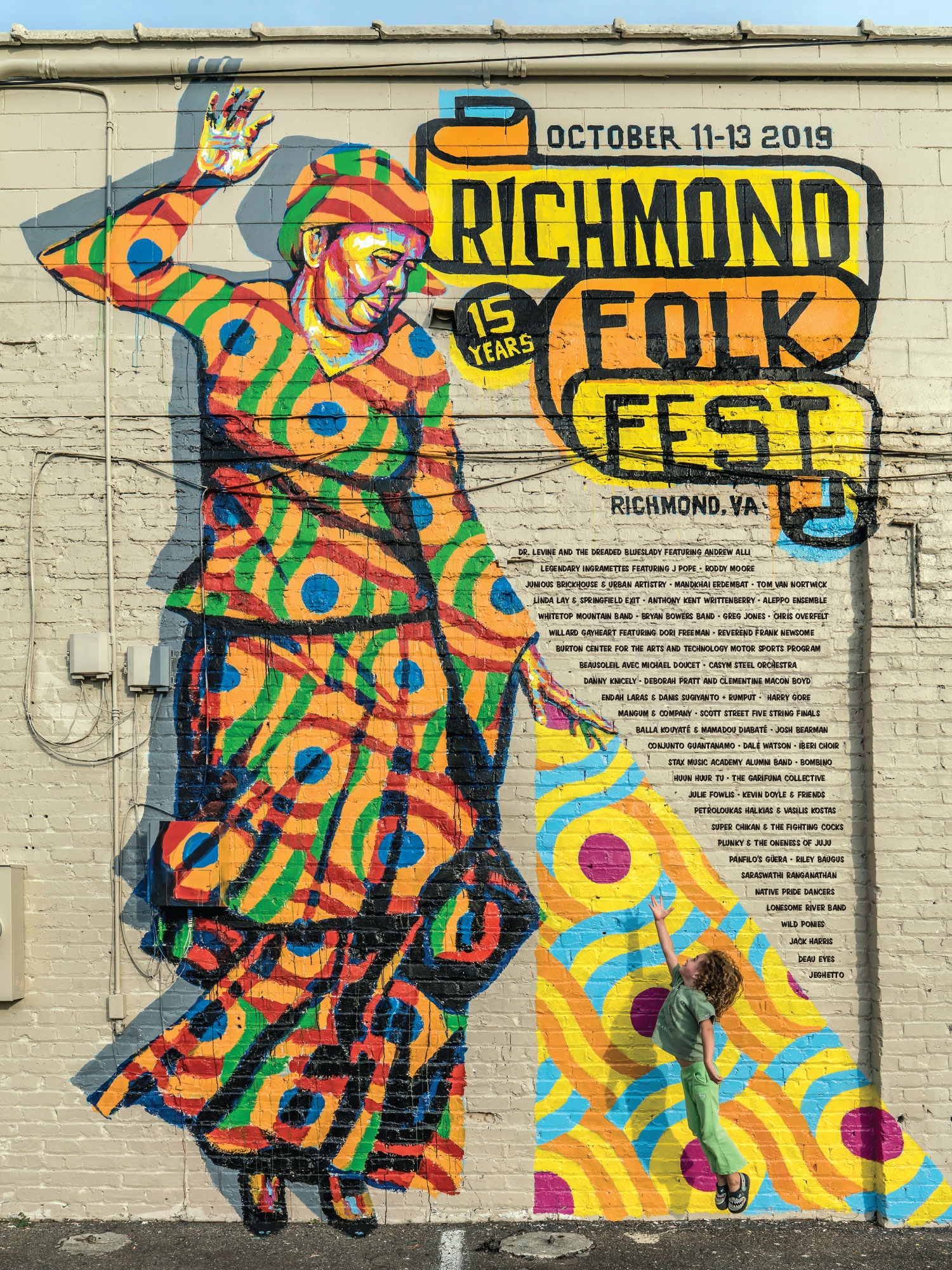 The biggest show in RVA this fall is the annual Richmond Folk Festival, Oct. 11-13 2019.  The multi-day event brings some 200,000 people to the riverfront “to celebrate the roots, richness and variety of American culture through music, dance, traditional crafts, storytelling and food.” The festival offers more than 30 performers, a documentary film series, cooking demonstrations, children’s activities and more.

One aspect of the annual festival is visual. Each year, a festival poster is commissioned and unveiled with fanfare and sold at the festival. Many of the artists have connections to VCU and the Richmond art scene. To celebrate these artists and this grand annual event, the Cabell Big Screen features selections from these works, used with the permission of Venture Richmond, which produces the festival.

The current festival, now in its 15th year, has roots in The National Folk Festival, which was held in Richmond 2005-2007.

The Richmond Folk Festival is produced by Venture Richmond in partnership with the National Council for the Traditional Arts (NCTA), the same organization that produces the National Folk Festival. Other producing partners include the City of Richmond, Virginia Foundation for the Humanities, the National Park Service, VCU Health and the Children’s Museum of Richmond.