From Gordo to Rocketo: Hispanic Heritage in the Comic Arts 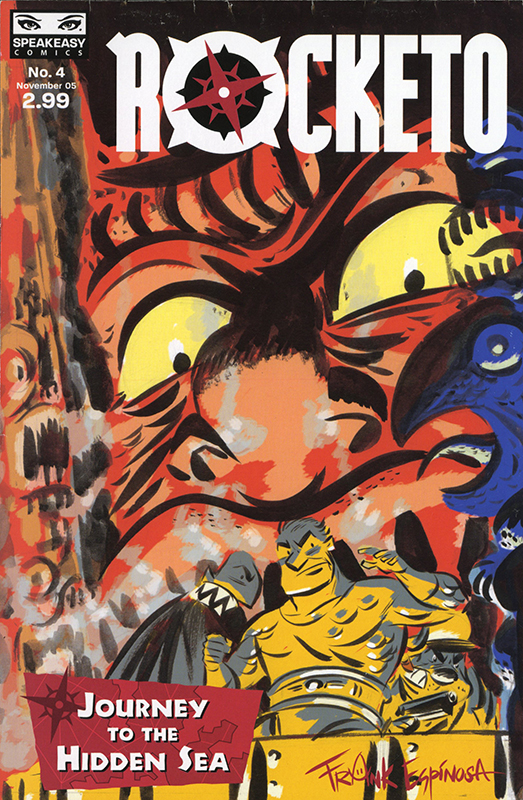 look at Hispanic and Latino comic book characters and comics creators.  “From Gordo to Rocketo: Hispanic Heritage in the Comic Arts” may be viewed on VCU Libraries Flickr site. Highlights from that display will be shared on the Big Screen from 4 to 8 p.m. Sept. 18 through Oct. 15.

Hispanic Heritage Month is an occasion to recognize and celebrate the generations of Hispanic and Latino Americans who have contributed to our nation and society. The month-long observance begins on September 15, a date chosen to coincide with the Independence Day celebrations of five Latin American countries: Costa Rica, El Salvador, Guatemala, Honduras, and Nicaragua.

All the works featured in this exhibit are part of the VCU Comic Arts Collection, housed in Special Collections and Archives at James Branch Cabell Library. VCU Libraries Big Screen display will feature:

Baldo with Tia Carmen from the collection Night of the Bilingual Telemarketers.  Baldo was created by Hector Cantu and Carlos Castellanos because they didn’t see Latinos in comic strips. The creators have said that many of these stories come from their own experiences growing up.

Aztek from Aztek the Ultimate Man, No. 1, August 1996. Aztek is a superhero in the DC universe. He is the champion of the Aztec god Quetzalcoatl. The character was created by Grant Morrison and Mark Millar.

Maggie and Hopey. Cover illustration by Jaime Hernandez appearing on The Art of Jaime Hernandez: The Secrets of Life and Death by Todd Hignite. Jaime Hernandez is the co-creator of the alternative comic book Love and Rockets with his brothers Gilbert and Mario.

Bane from Batman: Vengeance of Bane, No. 1, January 1993. Supervillain Bane was born in the fictional Caribbean Republic of Santa Prisca, in a prison called Peña Dura where he has been condemned to serving the life sentence of his father. While in prison, Bane carries a teddy bear, Osito, and speaks Spanish. His mother’s ethnicity is never revealed, but she is generally assumed to be a native of Santa Prisca.

Chico & Rita are characters in a 2010 award-winning animated film directed by Tono Errando, Fernando Trueba and Javier Mariscal. The film is available to the VCU community on Kanopy Streaming (https://vcu.kanopy.com/ ). These images are taken from the graphic novel of the film.

Chico & Rita The setting of the story is Cuba, 1948. Chico is a young piano player with big dreams. Rita is a beautiful singer with an extraordinary voice. Music and desire unite them as they chase their dreams and each other from Havana to New York to Paris and on to Hollywood and Las Vegas.

El Diablo from El Diablo, No. 1, August 1989. The DC universe has several characters known as “El Diablo.” This hero is Rafael Sandoval, a rookie member of the city council of Dos Rios, Texas. Seeking to serve the people of the town, Sandoval creates his version of El Diablo after being stymied by officials while trying to pursue the case of a serial arsonist.

John Leguizamo from the cover of the graphic novel Ghetto Klown, adapted from Leguizamo’s stage act. Leguizamo is and American actor, stand-up comedian, writer and producer.

Gustavo “Gus” Arriola creator of Gordo. Detail from the dust jacket of Gordo a comic strip which ran from 1941 to 1985. Gordo was originally designed to be a highly caricatured Mexican “Li’l Abner,” but eventually became more sympathetic. The comic introduced Americans to Spanish phrases such as “hasta la vista” and occasionally included Mexican recipes.

Midwestrn Cuban Comics No. 4, 2011 by Odin Cabal. While many Latino comic stories take place on the coasts or in the American Southwest, this comic is set in the Midwest.

Chico & Rita detail from the graphic novel of the animated film.