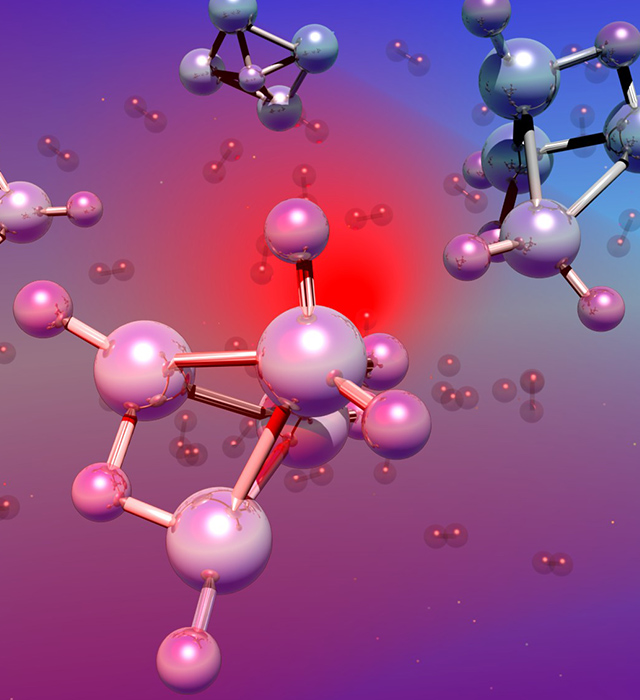 The Shiv Khanna Research Group is internationally recognized for the theoretical study of atomic clusters, which are groups of bound atoms or molecules that contain up to a few dozen atoms.

One significant contribution involves the Khanna Group’s work with superatoms. Superatoms are group of atoms that mimic the chemical behavior of elements in the periodic table and thus extend the periodic table into a third dimension. The production and stabilization of such species is a stirring development as it opens a new branch of chemistry and material science, showing that these superatoms can be used as building blocks to form new nanoscale materials. These nanoscale materials could lead to new applications in electronics, magnetism, catalysis, sensors, medicine and other fields.

The images featured on Cabell’s Big Screen are 3D-modeled representations of superatoms and atomic clusters created in the open-source program Blender.

Learn more about the atomic clusters and superatoms in this exhibit from the research group’s gallery.