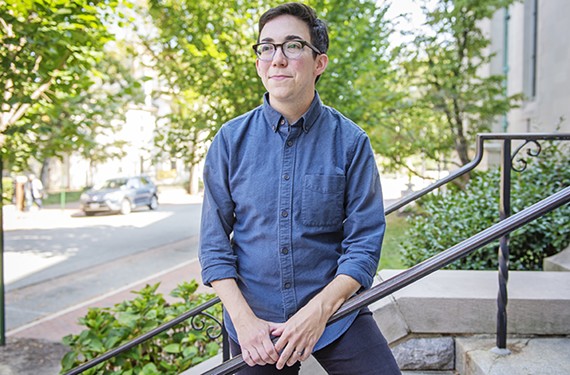 Each year Richmond alternative news weekly STYLE WEEKLY selects a group of “Top 40 Under 40” to feature. As the magazine’s headline notes: “ 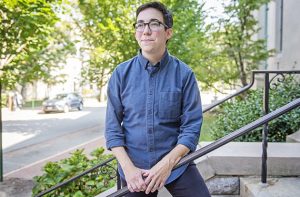 Young and dynamic, these are the people building a new Richmond before our eyes.”

As a department head, Erin White enhances access and exploration of VCU’s scholarly record and library services. Or, as they — White uses plural pronouns — put it, “Making our digital spaces the best they can be.”

White takes that initiative beyond the libraries to the university’s general population, focusing on social justice initiatives and using collaborative leadership skills and savvy application of technology to make the community a better place by increasing diversity, equity and inclusion. Since coming out as nonbinary professionally and personally, White has become an advocate for others as part of a group researching how to holistically better serve transgender and nonbinary students and another group looking at the university’s hiring practices to make them more reflective of an array of diverse, lived experiences.

“I’m proud to be given leeway to contribute in that way,” White says.

Also as a host home for Side by Side, a nonprofit that helps LGBTQ youth escape homelessness, White and their wife host young people in transition.

Reared in Alabama, White sees much of this work as a response or opposition to the prevailing narrative of Confederate apologists and “cis-straight white folks.”

“Being from the Deep South, I carry that with me,” White says. “I push back against those ideas and put my energy in that direction to help make a change. And I sit down and shut up when I need to.”