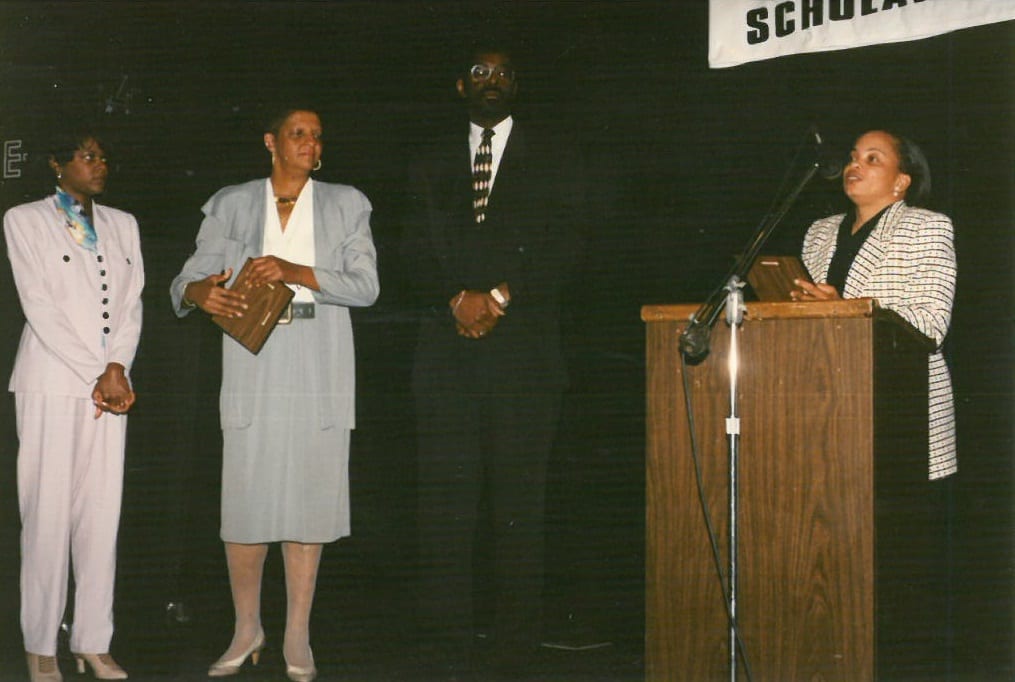 From the beginning, the group’s first presidents, Bruce Twyman (B.S.’74/H&S) and Gail Robinson (M.P.A.’82/GPA), and other like-minded alumni who attended VCU during its earliest days, wanted to form an organization that would increase the retention and graduation rate among African- American students.

“[When we attended] VCU, it was just becoming a university, so we had a unique opportunity to have our voices heard,” Robinson says. “We wanted African-American students to know that there was an organization that was always there for them, that they should affiliate with.”

Working alongside university faculty and staff, including the late Grace E. Harris, Ph.D. (M.S.W.’60/SW), former provost and vice president for academic affairs, and Alvin Schexnider, Ph.D., former vice provost for undergraduate studies, the group developed an organizational structure that would not only provide an avenue for socialization but academic development as well.

“Many of us were first-generation students, and we knew how important it would be to stay in touch and help each other in any way we could,” says longtime volunteer Kevin Johnson (B.S.’83/B). “I think the reason the council is so successful is directly because of those early initiatives.”

Today, programs like the Mentoring Circle, which connects current students to alumni with shared professional interests, and an increased presence at alumni and campus events continue the AAAC’s commitment to student development and retention at the university.

As the AAAC continues to grow, former President Nina Sims (B.S.’93/MC) is optimistic, knowing that further blurring the line between the student and alumni experiences is where the organization will find its greatest successes and reward.

“We’ve been lucky to have these great careers and connections,” Sims says. “Now it’s up to us to help this next generation of Rams find their place in the world and teach us what their needs are so we can continue to provide for them the best we can.”

Under the leadership of the AAAC’s current president, Rodney A. Harry (B.S.’90/H&S), they’ve been able to work with campus groups like the Black Student Union and Office of Multicultural Student Affairs, sponsor the first kente cloth graduation ceremony and provide greater scholarship opportunities to students in need.

“We want students to know that [the AAAC] is a resource for their success” Harry says. “I’m proud of what the African American Alumni Council has become, and glad that VCU has made such a commitment to diversity and inclusion.”