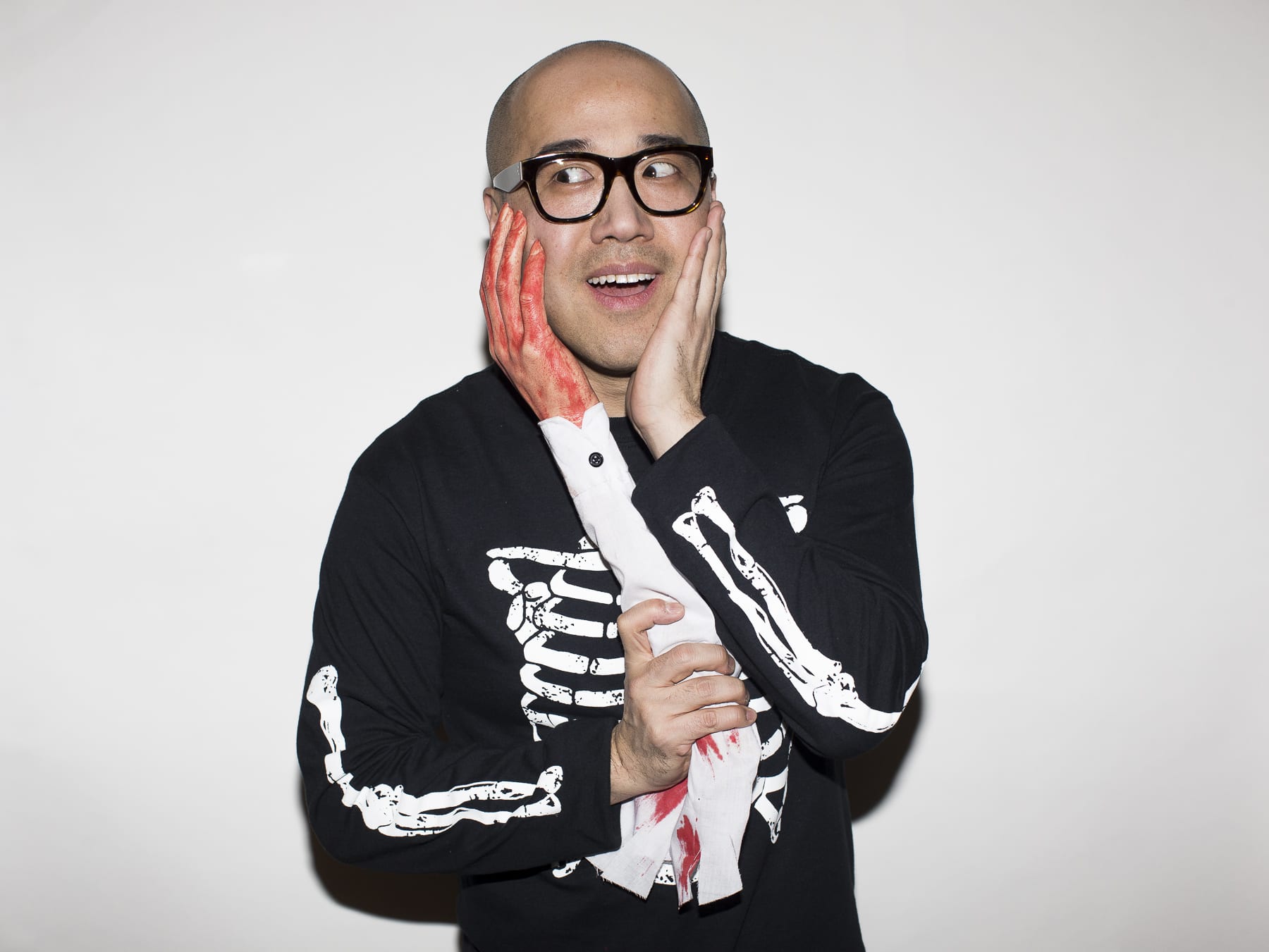 Minki Kim (B.F.A.’99/A) is a design director at Marriott International based in New York City, where he art directs, conceptualizes and creates branded content. When he’s not at work, he’s hosting the “One Final Scare” podcast or writing and performing sketch comedy at the Upright Citizens Brigade Theatre. He takes over the VCU Alumni Instagram account Monday so follow along for a behind-the-scenes look into his life.

What made you choose VCU?

I chose VCU mainly because of proximity to home, Northern Virginia, and the art school’s reputation. My experience at VCUarts was profound. Outside of the new experience of going to college that everyone goes through, without being dramatic, I had a creative awakening as an art school student.

What sparked your interest in art and design?

For me it wasn’t a specific reason that I can really articulate but more of a feeling. It felt right, it’s what I wanted to do from a young age, and it’s all I thought about from the moment I woke up to the moment I went to bed.

I went to school first as an illustration major at Northern Virginia Community College, but when I transferred to VCU, I was exposed to a lot of other disciplines I had never even considered. I eventually decided to major in communication arts with a focus on kinetic imagery, but my actual career has been primarily in graphic design.

Walk us through your typical workday at Marriott International.

Emails, then emails and then more emails. Joking aside, it all depends on the day and the work I’m doing. One day it can be all about brand design, another day it’s a video shoot or some days it’s about podcast production. I’m lucky enough that my creative output varies, which keeps me on my toes and doesn’t get boring.

On your podcast, “One Final Scare,” you discuss a variety of horror movies. Which one got you hooked on the genre?

There wasn’t one specific movie that did it for me but multiple experiences I had growing up watching horror movies with my older sister. Our family moved to the States from South Korea when I was 9. My sister and I would watch horror movies because it spoke a universal language – fear and survival. You didn’t need to know the language of what’s going on in a movie when Jason Voorhees or Freddy Krueger is hunting you down.

How did you get started in sketch comedy?

To make a long story short, it started when my old creative director at an ad agency recommended I take improv to improve my presentation skills. That led to making some friends in the community in Washington, D.C., and eventually landing on the sketch comedy team Separate Beds, writing and performing every month for two years. After that, I moved to New York City and started studying at the Upright Citizens Brigade Theatre to try my hand at writing comedy professionally on the side.