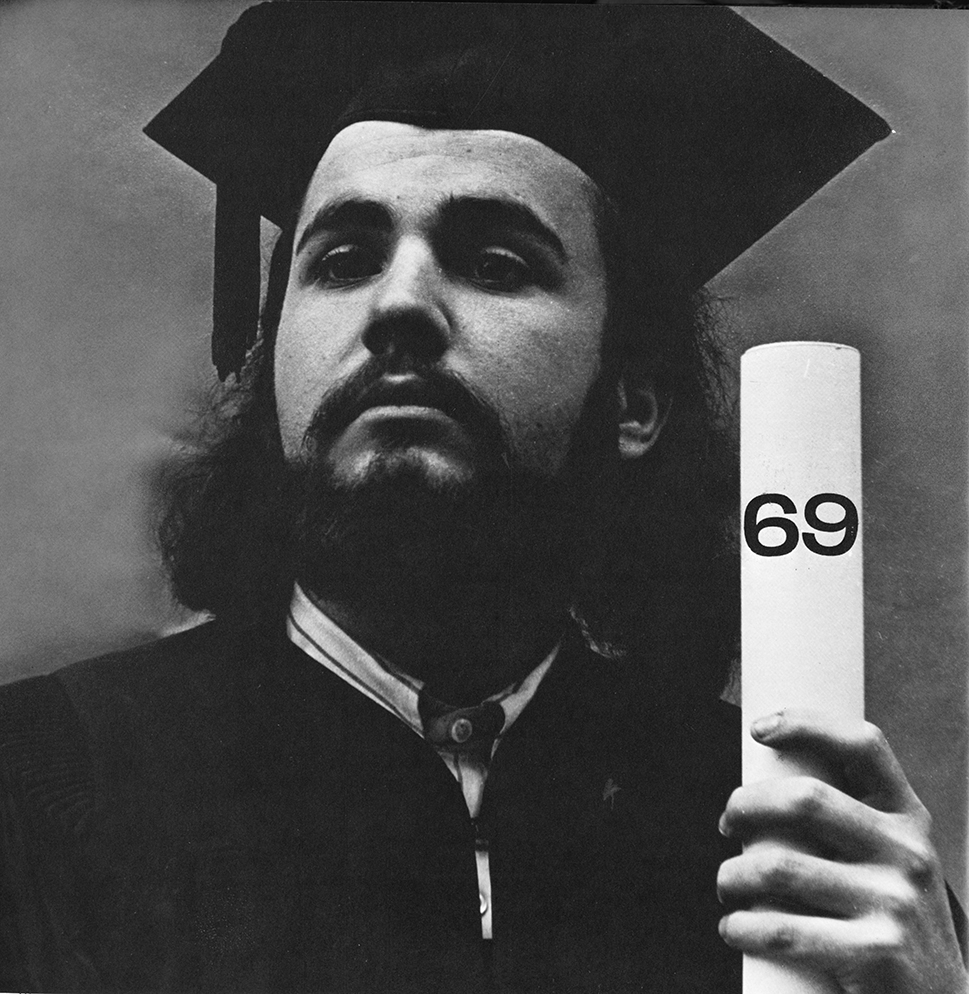 “The First Year” exhibit honors 1968-69 and the newly formed VCU and will show on the Cabell Screen all day on Nov. 30 and throughout December and into January 2019.

When the Wayne Commission formed Virginia Commonwealth University in 1968, it merged two institutions – the Medical College of Virginia (MCV) and Richmond Professional Institute (RPI) – that had long focused on serving the public good. In creating VCU, the commission saw an opportunity to join two strong institutions that together could accelerate our public mission and lead in solving complex public problems.

This year presents an important opportunity to celebrate and reflect on VCU’s 50 years as one institution.

On Friday, Nov. 30, the university will host Commemorating History: Challenges and Opportunities, a

day-long symposium to examine VCU’s connection to the legacies of MCV and RPI, explore how the institution has evolved across five decades, consider achievements as well as complicated and difficult history, and discuss how to commemorate history on campus.

Alumni, students, current and retired faculty and staff, friends and community members are invited to attend a day of panels, research poster presentations and informative sessions featuring esteemed historians, speakers and members of the VCU and VCU Health communities. Those present will include Eugene Trani, president emeritus of VCU and VCU Health System; Beverly Warren, president and chief executive officer of Kent State University and former VCU provost and senior vice president for academic affairs; and Edward Ayers, president emeritus of the University of Richmond.

To RSVP to participate: go.vcu.edu/vcu50

To participate on social media: Use hashtag: #VCU50

About the Images in the Exhibit

The hippies, the hair, the fashions, the intense looks and serious poses, the stop-the-war protests and the arts festival. This Cabell Screen exhibit, captures images from The Cobblestone and the X-Ray, the yearbooks of the newly minted VCU. These pictures showcase people and places of early VCU, seen through its first academic year, 1968-1969.

Photos in rotation include:

The Cabell Screen exhibit items are culled from yearbooks, which are available online through VCU Libraries’ Digital Collections and other collections in the University’s archives. Take a walk down memory lane anytime!

Want to know more? Visit our online exhibits  “VCU: The First Year 1968-1969” and “Making VCU,” to explore the formation of VCU and the relationships, collaborations and networks that have shaped our urban research university.