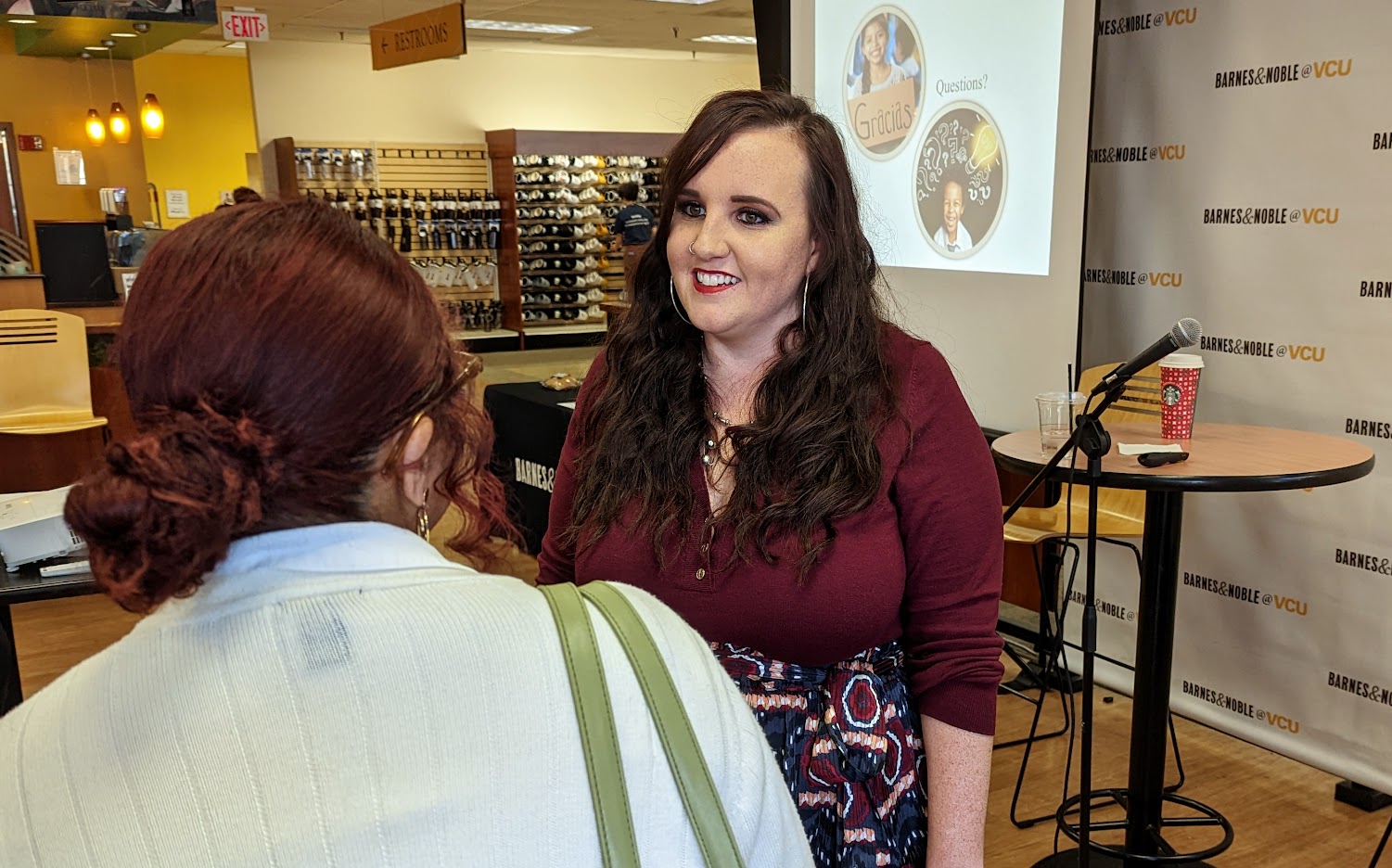 You’ve checked a box under race/ethnicity on more applications – for college enrollment, car loans, and random surveys – than you could ever remember. But why did you select the box that you did? When did you first learn which one to pick? What do those labels even mean to you?

According to Chelsea Williams, Ph.D., you’ve probably thought about your identity longer than you realize, and your perception of it evolves over time.

“We know that identity is fluid. The ways you think about your identity, the experiences that influence you, change,” she said.

Williams said context is vital for understanding who we are. The people we associate with, and the places that we live also shape our sense of racial and ethnic identity.

Williams, who earned her doctorate in 2016, from Arizona State University and soon after began teaching at VCU, is an assistant professor in the Developmental Psychology Program in the VCU Psychology Department; the lab director of the VCU EMPOWER Youth Lab; and an iCubed scholar in the Culture, Race, and Health core which seeks solutions to persistent health disparities. Much of her research focuses on how young people form their racial and ethnic identity.

Williams shared some of her academic journey as part of the My Life, My Scholarship Symposium series. The series features monthly speakers from the Institute for Inclusion, Inquiry and Innovation (iCubed) and Hubert H. Humphrey Fellowship program examining how their lived experiences impact their research and scholarly interests. Williams is the third of seven scholars sharing their stories this academic year.

Who are you, today?

Williams is multiracial – specifically Puerto Rican and white. Williams notes that there weren’t a lot of Latino or multiracial families where she grew up.

Going to college, a summer internship in Arizona, and then later a graduate program there, changed the way she continued to understand her identity. Williams said that sort of consideration and reconsideration of identity is a common experience as people move through life.

“We’ve got this kind of circle, which is to say that all your experiences are important. And you may not only, when you’re thinking about ethnicity and race, think about the present moment, but you may reflect back on something you had earlier, or you may reinterpret, or reimagine, or make new meaning of something you had earlier based on what you experienced now,” Williams said.

Even before she became passionate about understanding how racial and ethnic identity is formed, Williams said she always wanted to do something that helped children.

“I was somebody who’s always been really passionate about young kids,” she said. “I grew up around young kids for all my life. And so I knew when I got to college, I wanted to do something with kids.”

Williams said a big obstacle that she has found in her work is that the stages of development  typically are divided by traditional research practice in ways that can make it hard to understand how children develop their own racial identity and how that evolves over time.

“The problem is when we talk about identity development, we’ve got a couple folks who are focused in childhood. A lot of folks are focusing on teens and some are doing this with emerging adults. But people weren’t coming together and we have different measures, different ways of thinking about this,” Williams said.

As Williams creates models and works with collaborators to assemble that broader view, she says one thing is clear: children are thinking about all of this much earlier than we think they are.

“When should we start teaching kids about ethnicity and race? And the answer to that is, there’s never an early enough time. There’s never a wrong time. You can do it at any point,” she said.

After all, Williams said, children are already having those conversations among themselves.

“I feel like if we’re not talking to kids about the identity relevant experiences that are positive and stressful, we’re missing out on their lived experiences.”

Categories iCubed, My Life, My Scholarship