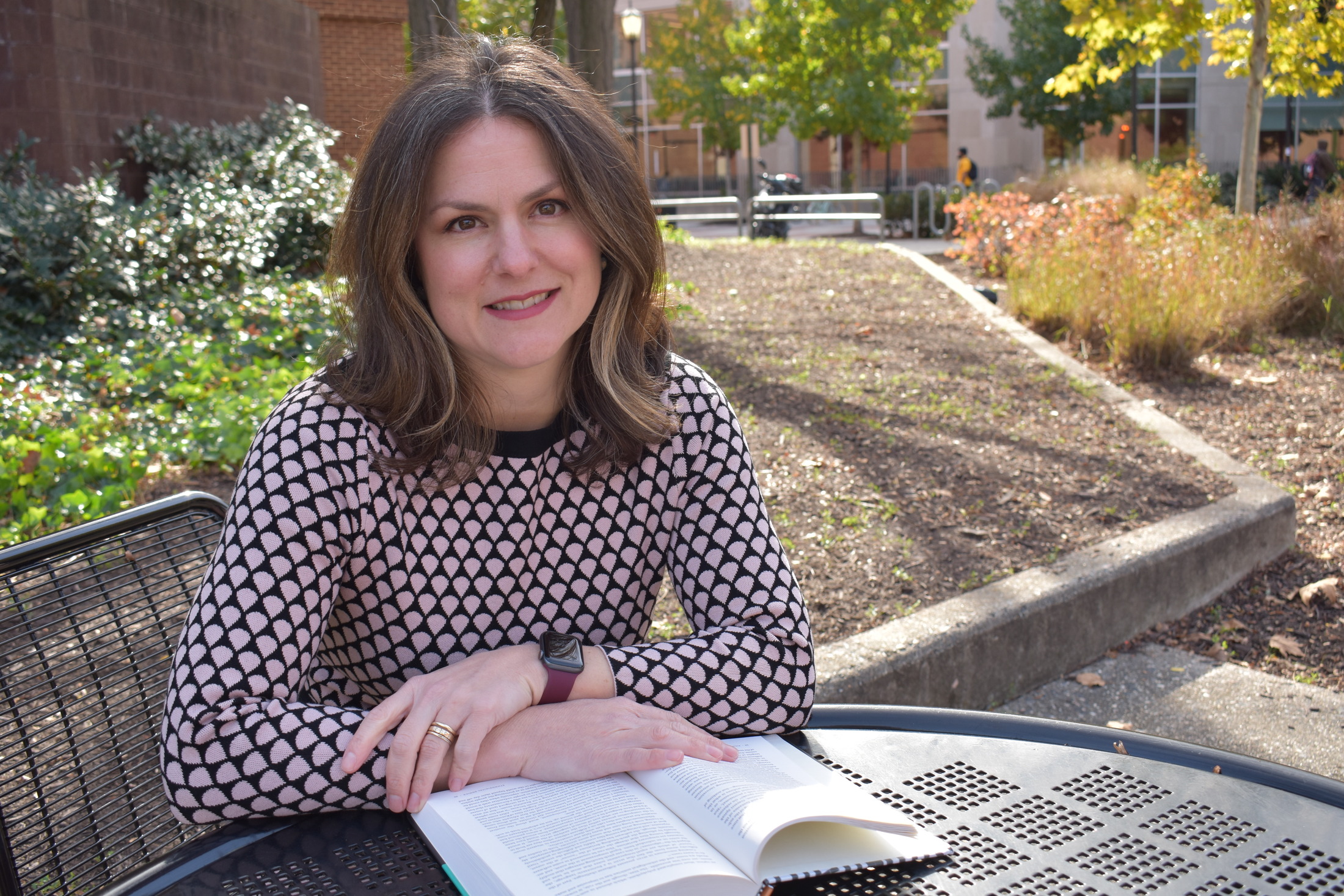 Mary Caton Lingold interprets Atlantic Africans’ musical performances in the 1600-1800s and what they might have meant to the people performing them.

For thousands of years before widespread literacy and the printing press, human history was communicated sonically, through music and stories. Academia tends to focus on what can be communicated visually, through text or imagery. Assistant professor Mary Caton Lingold, Ph.D., is working to bring those often-forgotten sonic histories back to light by interpreting and recreating the sounds of the past.

“We operate in an academy and in knowledge institutions that really privilege vision, text and traditional alphabetical literacy. And yes, that is an important, deeply rich source of knowledge,” Lingold says. “But it is just a tiny slice of the ways that knowledge is transmitted across generations, time, cultures and space.”

The African Atlantic is what she describes as the ring where the Atlantic Ocean touches the coasts of Europe, Africa and the Americas. She zeroed in on this region while researching the origins of American racism and slavery, inquiries that arose as a result of her southern upbringing.

“My interest in the African Atlantic world and slavery really comes from being a white southerner. I’m from the very eastern part of Texas along the Louisiana border. It’s a section of the state that was settled during slavery and the cotton boom,” she says. “And so the world that I grew up in was profoundly shaped by the histories of slavery, by racism. In some ways, life in the rural south is very integrated, you know? In the sense that the schools that I grew up going to were 50 percent black and 50 percent white. But socially it was very segregated, and the social hierarchy was very fixed.”

She started studying slavery to try to understand where she was from and how she came to be raised the way she was.

“I was essentially raised in a kind of white supremacist culture and it wasn’t until I grew up and moved away that I started to reflect and understand, oh, that’s really kind of messed up, this world where I was from.”

The Origins of American Music and American Racism

As she was looking into the origins of American slavery, she was also learning to play the fiddle in the bluegrass style. In the process, she was reminded of the pivotal role that Black musicians played not just in creating bluegrass music, but in the creation of American music as a whole.

“I think we all know that enslaved people came here and their descendants founded Black music traditions, that big picture makes sense,” she says. “But how did they do that? Why did they do that? When did it really take root and under what circumstances? What instruments did they play? What did it sound like? How did they make the time to do this?”

Her twin interests in American music and American racism merged into what would become one of her primary research focuses: music and culture of the early modern African Atlantic world.

Her first independently authored book, tentatively titled “Sound Legacy: Music and Slavery in an African Atlantic World,” is slated for a fall 2023 release. In the book, Lingold examines records, illustrations, objects and musical performances to try to better understand the music and lived experiences of Atlantic Africans and their descendants.

Historical sound research is speculative and preliminary. To get at the meaning of African Atlantic musical performances, Lingold often has to review texts written not by the musicians themselves, but by colonizers and other outsiders who were invited to the performances. Often, these outsiders didn’t enjoy the sounds they heard. But by reading descriptions of the sounds–often described as buzzing, jangling, jingling or tinkling–and researching the instruments and costumes used during performances, Lingold interprets what the music might have meant to the people playing it.

“It’s a lot of peeling back the layers and reading things against the grain. But what it does is fill in the record,” she says. “While there weren’t many early African Atlantic literary authors, there were abundant performance traditions.”

She cites musician Rhiannon Giddens, co-founder of the award-winning band Carolina Chocolate Drops, as an inspiration for her work. Like Lingold, Giddens uses her platform to spotlight artists whose contributions to American musical history have been erased.

Recently, Giddens learned and was inspired by  a few songs from Musical Passage: A Voyage to 1688 Jamaica, a digital project that Lingold co-created with two fellow Duke scholars.

“The most rewarding, satisfying thing to me is when I see artists and musicians taking up my work and using it to make art for audiences in a way that honors the legacy of enslaved musicians,” Lingold says. “That to me is the most meaningful impact, when you see these legacies and these histories getting a new life and living onward.”

Whether it’s through research or in the classroom, Lingold creates meaningful connections everywhere she goes. Her research bridges disciplines, incorporating English, musical and historical research. She even directs an international study group that brings early Caribbean music scholars together once a month, providing support for a community that is often overlooked.

“I feel extremely lucky to be Dr. Lingold’s colleague. She approaches her scholarship, teaching, and service with an unwavering sense of integrity and commitment to building meaningful communities at VCU,” says Jennifer Rhee, an associate professor in the VCU Department of English. “In her scholarship, Dr. Lingold navigates her uniquely interdisciplinary scholarship with brilliance, creativity, and care. Through her scholarly practice, she demonstrates that humanities scholarship is all about communities.”

At VCU, Lingold teaches courses on early American, Caribbean, African diasporic and Afro-Atlantic literature in the Department of English, where she is a favorite amongst her students. Many of them have great rapport with her both inside and outside of the classroom.

“Mary Caton is very warm, respectful and genuine,” says Angelina Winston, a previous student of Lingold’s and a recent graduate of the VCU Department of Communication Arts. The two recently met up in-person for the first time since Winston graduated in the spring.

“We were talking for two hours. There was just so much to talk about,” Winston says. “I think what’s nice, and something that I’ve been missing in my life, is someone that genuinely wants to talk to you and attentively pays attention to you. We always keep in touch.”

“Since my first conversation with her about teaching, I’ve been impressed by her dedication to her classroom communities and her ability to connect with her students,” says Rhee. “I’m excited to continue working with and learning from Dr. Lingold as a teacher, scholar, and colleague.”