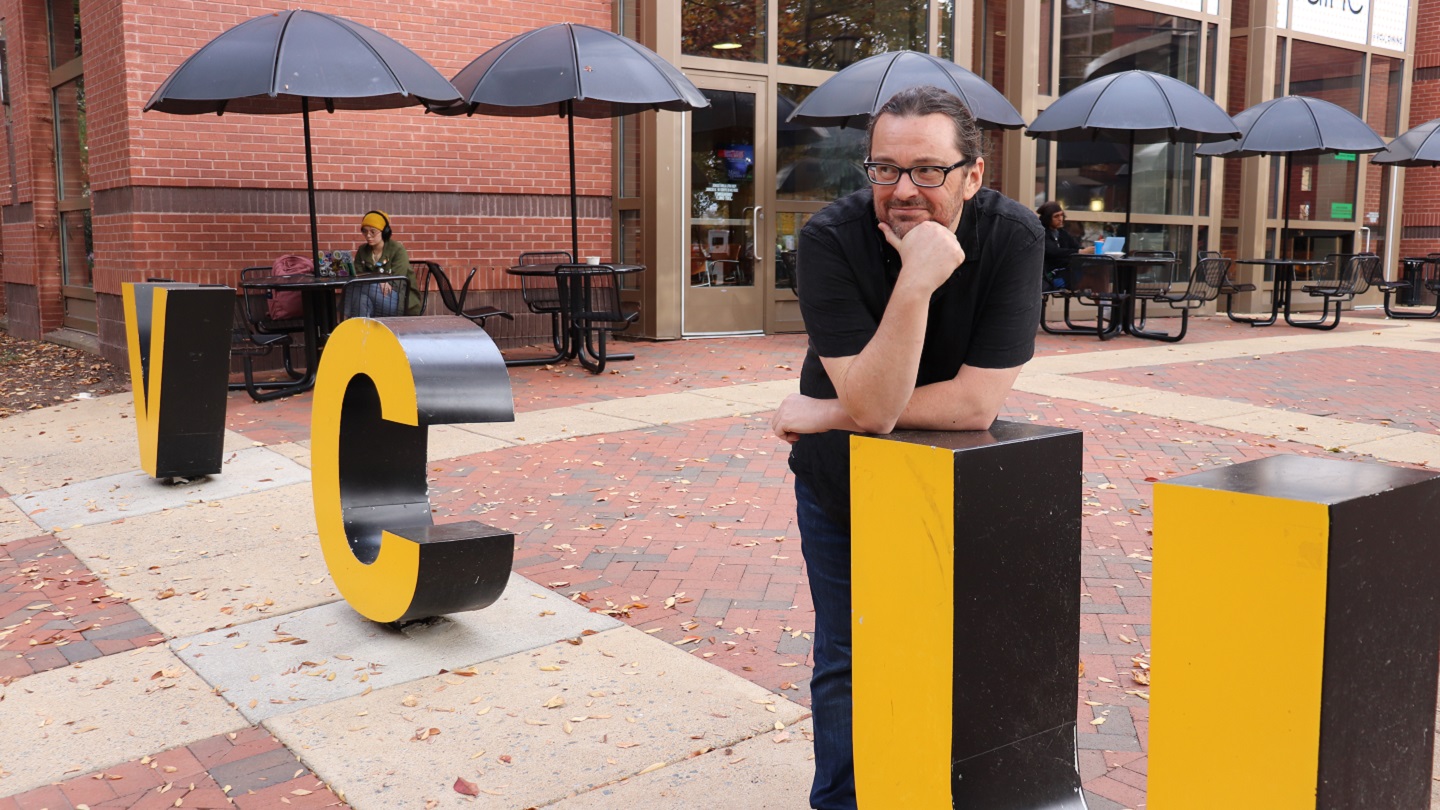 The professor of history works to provide “intellectual multivitamins” to students and readers, inspiring them to do their own research

Some of the hottest of hot button issues these days involve environmental stewardship, the recognition of gender fluidity, and what aspects of history are appropriate to be taught in schools. Standing at the intersection of those issues is the work and research of Gregory Smithers, Ph.D.

Smithers is a professor of American history and Eminent Scholar in the College of Humanities and Sciences at VCU. He was very popular on the book talk and podcast circuits earlier this year after his book, “Reclaiming Two-Spirits: Sexuality, Spiritual Renewal and Sovereignty in Native America” came out in April. The book explores the misunderstood legacy of “two-spirit” people in Native American culture, tribal leaders whose gender identity was not strictly male or female.

The identification as “two-spirit” was one lifted up by Native Americans in a gathering of nations in 1990 as an alternative to lesbian, gay, bisexual or transgender, labels that many Native Americans considered limiting. According to Smithers, those limitations reflect a fundamental difference between native people and European colonizers that was reflected in their languages.

“Most European languages are noun based languages so that lends itself to having fixed categories of identity,” Smithers explains. “Most native languages are verb based. What that means is that when you speak in a native language, an Iroquoian language like Cherokee for example, you’re engaging in a language where identity is in a constant state of becoming and creation, it’s moving all the time.”

“Just on that basic linguistic footing, you see a vast gulf that existed between indigenous peoples and Europeans when they first encountered each other,” he says.

“Reclaiming Two-Spirits” was just the latest in a series of books Smithers has written, edited or collaborated on that look at narratives in history that have been forgotten, overlooked or actively destroyed. “Someone said to me a few years back, ‘You don’t write coffee table books,’” Smithers says. “Which was to say, I don’t write nice safe histories about the founding fathers or Abraham Lincoln.”

“I go to places that I think challenge our understanding of what it means to be American,” he continues. “It’s a diverse and complex and sometimes contradictory history. But I think ignoring that complexity undermines the vitality of American society in the present.”

Smithers has been a journeyman scholar for much of his career. Originally from Australia, he taught in Hawaii after earning his Ph.D. at the University of California, Davis. But he and his wife, who is also an historian, wanted something different so pursued an opportunity at the University of Aberdeen in Scotland.

I go to places that I think challenge our understanding of what it means to be American. It’s a diverse and complex and sometimes contradictory history. But I think ignoring that complexity undermines the vitality of American society in the present.

“We go there from Hawaii where it’s bright sunshine all the time to complete darkness the entire winter,” he laughs. “We realized Scotland was probably not going to be a long-term thing.” After that came a position at Ohio State University before landing at VCU, where he’s been for the past 11 years.

Besides his experience at other universities, he brings an interactive approach to his work in the classroom. “I had teachers who were older, who came through a system in the latter third of the 20th century where they still lectured AT students,” he says. “I realized that really wasn’t flying with students in the early 21st century.”

He incorporates as many visual items into his classes as possible and gets students to explore history available out in the world. “I realized very early that it wasn’t just words that I had to get students to engage with,” he explains. “It was the visual iconography of the past.”

His deep understanding of native cultures informs his teaching style as well. “People talk about decolonizing the academy,” Smithers says. “But I think the more productive way to think about it is to both decolonize and indigenize the academy. What that means is to bring some of those so-called traditional ways of learning into the college classroom. Doing that involves things like having conversations, having students unpack what a particular moment in the past might mean.”

Much of Smithers’ current work is focused on environmental stewardship through an indigenous lens. His Cherokee Riverkeepers project is described as part of an ongoing effort to decolonize maps of the United States. While that sounds relatively esoteric, it plays out in very hands-on work through “Honoring Long Man Day” activities. “This relates to a Cherokee tradition where rivers are basically seen as having personhood,” he says. “Long Person’s head is high up in the mountains and his feet dangle out in the ocean so rivers connect the highest reaches of the mountains with the coastal fringes.”

The driving force behind these kinds of celebrations has been to foster experiential education. “It’s basically boots-on-the-ground, working with community and engaging in things like river cleanups, river restoration efforts and cultural restoration efforts,” Smithers says. “You can see the direct positive impact that it has on people.”

When asked about working at the intersection of so many intensely debated subjects, Smithers says he doesn’t think about public reactions. “I don’t worry about the ridiculous emails you get from people who are misinformed,” he says. “That feedback is just a byproduct of what it is to be a professional historian who’s sort of straddling academia and public-facing work.”

“What I do feel, though, is an obligation and a responsibility,” he continues. “One of the things that I am grateful for is being provided an entrance into friendships and working relationships with indigenous people. Over the last 20-odd years, I see accumulated historical knowledge particularly of Cherokee history and culture.”

“And so with that comes a great obligation to do the work ethically and responsibly and to represent their history and culture accurately, ethically and with compassion,” Smithers says. “That’s what drives me. Hopefully some of the work that I publish makes a difference and provides, like, intellectual multivitamins to people that then inspires them to do their own research.”