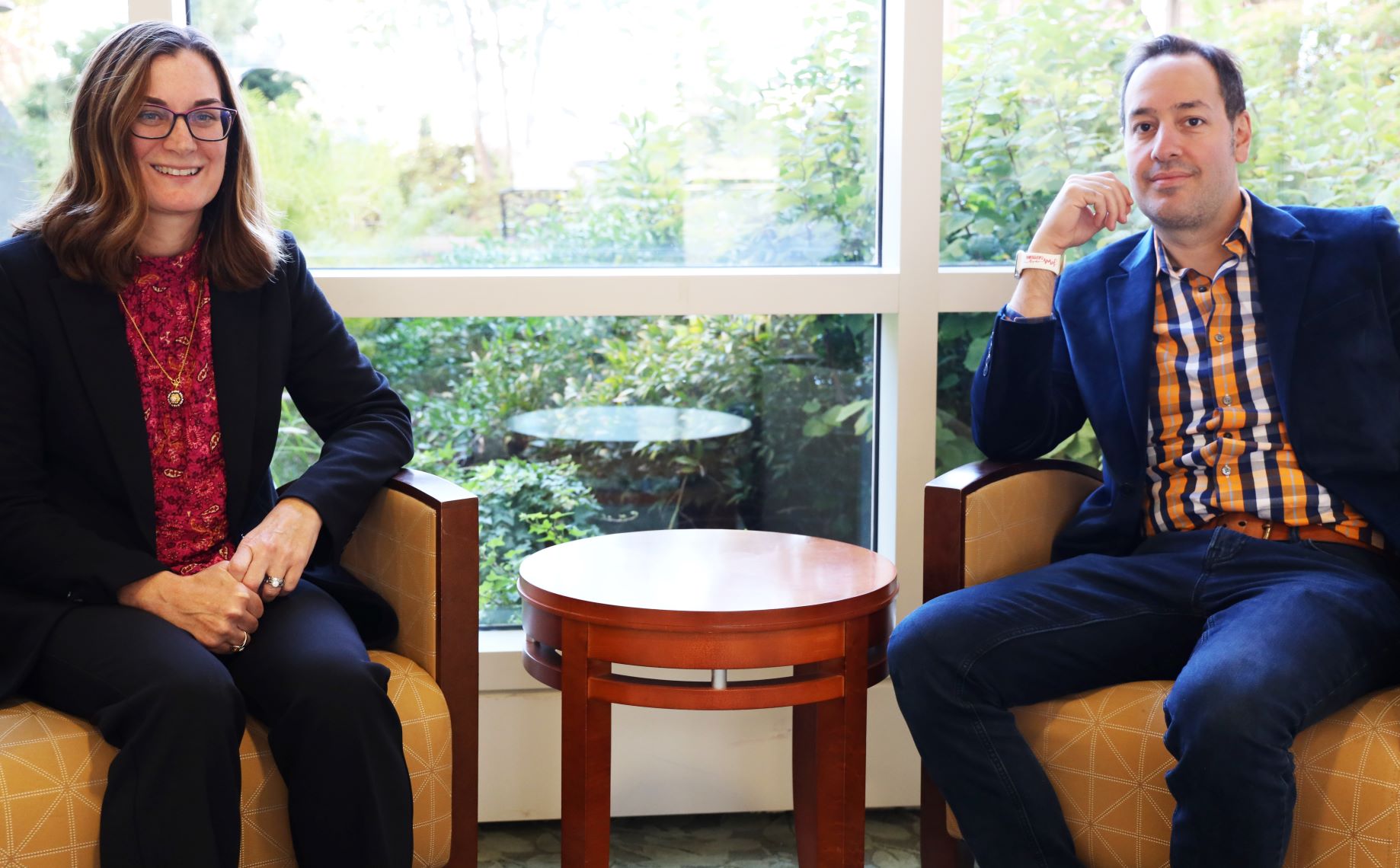 A collaborative research effort between VCU’s Massey Cancer Center and School of Dentistry has zeroed in on a new therapeutic target for an aggressive form of breast cancer with limited treatment options.

Breast cancer is the second most common cancer in U.S. women, and triple-negative breast cancer (TNBC) is a more aggressive and deadly form of disease that accounts for 10-15% of all breast tumors.

TNBC grows and spreads more quickly than other breast tumors and is associated with worse patient outcomes, accounting for nearly one-third of all breast cancer-related deaths.

Additionally, TNBC affects Black women disproportionately: Black women die from TNBC at a significantly higher rate than white women despite being diagnosed at a younger age. Finding an effective therapy that works well in all patients would be an important step in addressing this disparity.

Through a comprehensive and cutting-edge genomic screening method known as CRISPR/CAS9 screening, Massey scientists — led by Anthony Faber, Ph.D., and Jennifer Koblinski, Ph.D. — were able to identify a specific enzyme called UBA1 that revealed itself as an ideal therapeutic target. Using a novel UBA-inhibiting drug called TAK-243, they blocked the cellular function of UBA1 and effectively killed cancer cells in patient-derived breast tumors in mice.

Previous research has shown that UBA1 inhibitors can have a positive impact in hematological cancers such as acute myeloid leukemia (AML) and chronic myelogenous leukemia (CML). This study — recently published in PNAS Nexus — is the first to suggest that UBA1 inhibitors could be effective in TNBC. TAK-243 has been tested recently in early phase trials, paving the way for potential testing in TNBC patients.

“We found that the majority of TNBC cells in our study were uniformly susceptible to the antitumor effects of TAK-243,” said Koblinski, director of the Cancer Mouse Models Core and member of the Cancer Biology research program at Massey, as well as an associate professor of pathology at the VCU School of Medicine. “In addition to demonstrating this drug’s success at the local site of the primary breast cancer, our findings demonstrate that TAK-243 can also shrink tumors in various organs after the disease has spread.”

The researchers also determined that the c-MYC gene — an important and infamously difficult drug target in TNBC — can be harnessed to cooperate with TAK-243 to initiate a cellular stress response and enhance the drug’s ability to fight TNBC. This supports the notion that TAK-243 may be effective in high-cMYC-expressing TNBC, where c-MYC may serve as a biomarker for response to the drug.

Chemotherapy remains one of the few routinely utilized treatment options for TNBC, with variable patient responses and little efficacy.

“The implementation of targeted therapies — drugs that target a specific genetic defect — has been revolutionary in treating different cancers, including breast cancer,” said Faber, co-leader of the Developmental Therapeutics research program and Natalie N. and John R. Congdon, Sr. Endowed Chair in Cancer Research at Massey, as well as an associate professor in the Philips Institute for Oral Health Research at the VCU School of Dentistry.

However, the hormone receptors, estrogen receptors or human epidermal growth factor receptor 2 (HER2) that can be effectively targeted in breast cancer treatment are missing in TNBC, hence the name “triple-negative breast cancer.”

“Genomic and clinical evidence suggests that the implementation of targeted therapies in the treatment of TNBC will require an expansion of potential targets,” Faber said. “Our study may have identified a key and novel target for the development of new therapies.”

Faber added, “Importantly, as TNBC is a major disease of disparate outcomes between Black patients and white patients, we were able to harness the power of new breast cancer mouse models from Black TNBC patients that were developed by Dr. Koblinski’s group. Traditionally, these models have been underrepresented and are important new tools to identify effective therapies for Black patients. The most exciting part of the study was that we found TAK-243 was effective across these models, suggesting TAK-243 or other UBA1 inhibitors could be equally effective in all TNBC patients.”

The next steps of this research include exploring the use of TAK-243 in TNBC with the drug company that is developing it, and evaluating other targets in the UBA1 pathway that may also demonstrate efficacy.

This research was supported by Massey pilot funding and, in part, by Massey’s NIH-NCI Cancer Center Support Grant P30 CA016059, and the Natalie N. and John R. Congdon Chair in Cancer Research.