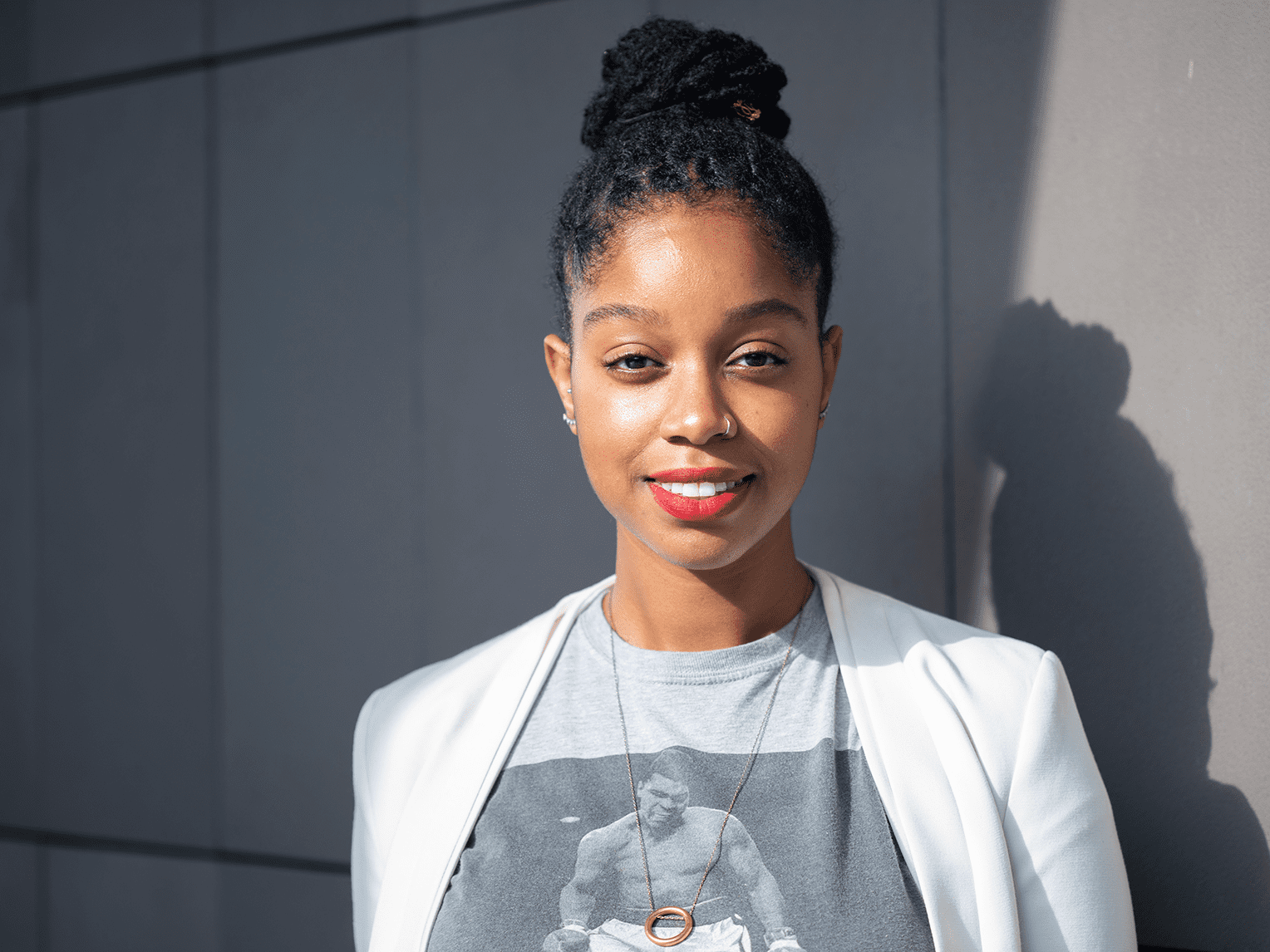 Ravon Ruffin (B.S.’13/WS) is a member of the founding social media engagement team for the Smithsonian National Museum of African American History and Culture.

The Smithsonian National Museum of African American History and Culture boasts some of the best social media content for a museum in the country—it’s engaging, informative, inclusive and inventively extending the reach of the museum to followers well beyond its walls in Washington D.C. Ravon Ruffin (B.S.’13/WS) is a big part of its success and direction.

While a student at VCU, Ruffin sought opportunities to learn all sides of museum work with internships, jobs and volunteer positions at the Virginia Holocaust Museum, the Black History Museum and Cultural Center and the Valentine History Center. After graduating with an undergraduate degree in anthropology in 2013, she left Richmond to pursue a master’s in American Studies with a concentration in museums and material culture from George Washington University, earning it in 2016. During that time, she was a graduate teaching assistant and had a transformative experience as an intern at the Smithsonian National Museum of American History. Her internship mentor, Asian Pacific American history specialist Norika Sanefuji, helped Ravon develop a greater sense of how underrepresented identities, groups and voices are represented or absent in museum narratives. “It was the first time I really felt behind the scenes of a museum in that capacity—seeing the micro and macro-aggresssions the museum environment presented,” she says. Ruffin learned how to reverse those aggressions and tell compelling histories using objects, exhibitions, programs and social media.

Also during her time in graduate school, Ruffin, along with fellow graduate student Amanda Figueroa, co-founded the Brown Girls Museum Blog, a platform committed to the advancement and visibility of minority communities in museum narratives. The blog was, and still is, enormously well-trafficked and soon after its launch, Ruffin and Figueroa began receiving invitations to lead seminars, workshops and consultations on how museums can become more inclusive and equitable. That work still continues through programs and podcast appearances with Brown Art Ink, Ruffin and Figueroa’s community incubator to support the arts ecosystem for women of color artists, cultural practitioners and communities of color.

After completing her master’s, Ruffin started with the social media engagement team just as the NMAAHC was preparing to open its doors in fall of 2016. The team implemented innovative ways to engage beyond the building through visitor engagement interviews with first-time guests, highlights of the collection on Instagram and introducing new audiences to real time events through Facebook. Ruffin says, “It was exciting to work on a team to build its social media presence and create campaigns. We worked on graphic identity and content but didn’t have the luxury of relying on the public’s idea of what the institution was since it was new. [The NMAAHC] has so much ground to cover and social media is helping gain that ground.” The team has since grown to manage all the museum’s social media platforms and reach hundreds of thousands of followers daily.

Ruffin’s work both with the NMAAHC directing the strategy of the institution’s social media and her leadership through the Brown Girls Museum Blog is thoughtful, creative and making real change. She is a creative, entrepreneurial and engaged cultural contributor, exhibits an obvious passion for her work and is recognized as a strong advocate in championing underrepresented voices.

This article was originally published by the VCU College of Humanities and Sciences.