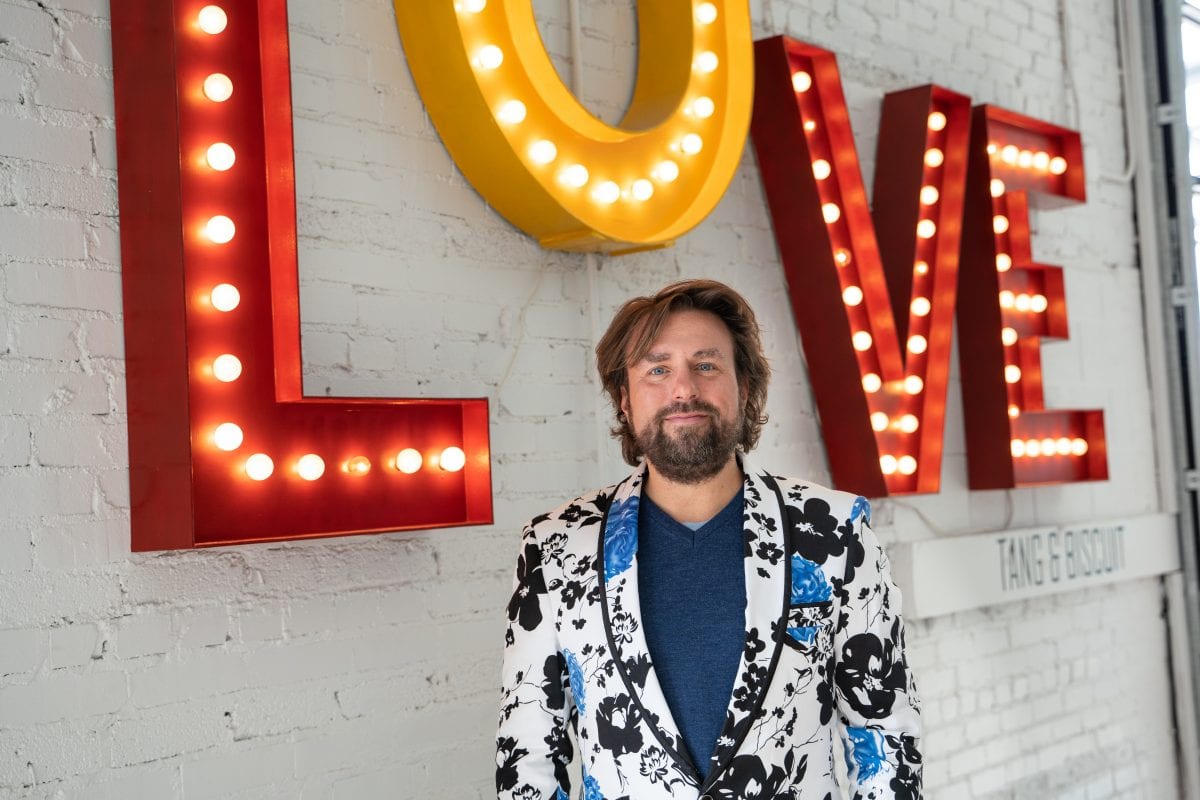 David Gallagher (B.S.’97/B), a graduate of the VCU School of Business, has a few vague childhood memories of playing shuffleboard in Florida with his grandparents. “The truth is, until I started this, that’s about the last time I played,” he says.

In 2017, Gallagher bought an 18,000-square-foot warehouse in the Scott’s Addition neighborhood in Richmond, Virginia, as an investment, without knowing exactly what he planned for the space. Once he had the building, he started thinking about how to use it to meet a pent-up need he saw in Richmond’s social scene. “I feel like our town is amazing. It’s full of awesome people. But the entertainment concepts are just not where they need to be,” he says.

Having seen the redevelopment and revitalization of cities such as Austin, Texas, and Nashville, Tennessee, Gallagher felt Richmond needed entertainment spots that could unite disparate communities in the city, rather than catering to sections of it. He decided he wanted to create a space with a specific culture and feeling: positive, welcoming and accessible.

Rather than founding a shuffleboard social club out of a lifelong interest in the game, he settled on shuffleboard as a game that met the criteria he was looking for. He sees it as easy, inclusive and fun, a game that can be played while holding a drink and munching on a biscuit, a game that can place grandparents on equal footing with grandchildren. Shuffleboard, Gallagher says, is an option for more people than, say bowling, which can be hard on the knees, elbows or wrists.

That said, he embraced his theme. The social club is named for the equipment used in shuffleboard: The “tang” is the stick used to push the puck, or “biscuit,” across the court. The space includes 10 regulation shuffleboard courts, and the club offers league play.

Around that shuffleboard theme, Gallagher arranged food, a bar, other games and a hangout space. “We built this amazing facility with positive imagery everywhere and trained the living daylights out of our staff on how to welcome people and make them feel compelled to return,” he says.

Tang & Biscuit isn’t Gallagher’s first time out as an entrepreneur. He is founder and CEO of Dominion Payroll Services, a Richmond-based workforce management company that has been ranked on the Inc. 5000 list nine times.

He’s known for his efforts to contribute positively to the community and the world. With his wife, Grace, he founded the Cameron K. Gallagher Foundation, an organization that works to cultivate awareness and understanding of teenage depression and anxiety. The foundation is named for their late daughter, who had battled depression before dying of a heart condition after her first half-marathon in 2014. Gallagher was recognized with VCU Alumni’s Edward H. Peeples Jr. Award for Social Justice in 2016 in honor of his advocacy for teenage and childhood mental health. He’s also been a major donor to VCU Health’s Children’s Mental Health Resource Center and other programs at the university.

Gallagher says his core philosophies guide him in his personal and business endeavors. He believes it’s important to give people a chance to make a difference and to feel that what they do is significant. “I’m very mission- and purpose-oriented as a leader and a man,” he says. “What I learned at Dominion Payroll is that people want to be part of something. They want to be engaged in having a positive impact, whatever that is.”

His goals for Tang & Biscuit are lofty. “We talk with our employees about why we come to work every day,” Gallagher says. “We aren’t just a shuffleboard and Tater Tot business. We are here to fix a societal problem in our city.”

To help address the specific logistics of running a food and entertainment business, Gallagher brought in Gary “Chad” Chadwick, formerly general manager of Kings Dominion, an amusement park in nearby Doswell, Virginia, as president and CEO of Tang & Biscuit. Chadwick knew Gallagher through Richmond networking events. The shuffleboard club concept sounded strange at first, he says. Gallagher’s broader vision for the business changed his mind.

“The more we talked about the deeper concept, the social connection and the thought process behind creating a space like this, I became very interested,” Chadwick says. “Dave has an out-of-the-box thought, concept or vision for everything that he does, which is incredible. I love and appreciate that.”

Chadwick and Gallagher point to the establishment’s decor as a hint of the vision. Murals and signs offer encouraging aphorisms, such as “Every single thing you do matters,” which Gallagher notes is also the title of a graduation address he gave to students at the VCU School of Business in December 2016. Other signs are simply lighthearted, such as the many places where “tangs” is used as a substitute for the word “thanks.”

“Dave wants to create something stimulating, something that can connect anybody but is also welcoming,” Chadwick says. “You feel like home when you come in. That is what Dave communicated to me, along with his vision of making things a little different and quirky.”

Chadwick says that one focus for Tang & Biscuit going forward is to capitalize on the business’s strengths for group events. He says that the business’s focus on making everyone feel comfortable and included, not to mention the large space and wide variety of available activities, has brought particular success with corporate and social groups.

Gallagher aims to build much more than one event space in Scott’s Addition. He says that within a year he plans to open a second Tang & Biscuit location. Ultimately, he’s aiming for 12. Chadwick says they have already begun scouting nearby cities and selecting from a list of five. Wherever the business goes, Chadwick and Gallagher plan to bring the culture of the original location with them.

What a great idea ! Consider Hampton Roads when you expand. Best of luck in your venture.