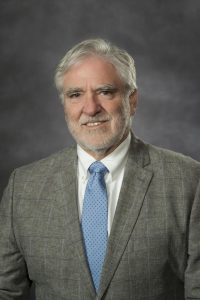 Dr. Duane R. Schafer joins the faculty at the VCU School of Dentistry after a 30-year career with the United States Navy. He earned his Doctorate of Dental Surgery from The Ohio State University and completed postgraduate training in Oral & Maxillofacial Pathology at the Naval Postgraduate Dental School in Bethesda, Maryland. Following residency training, Dr. Schafer was chosen to join a distinctive group of non-physicians to complete a Callendar-Binford Fellowship in the Department of Otolaryngic, Head & Neck Pathology at the Armed Forces Institute of Pathology. 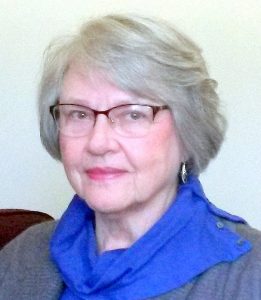 Linda Baughan (M.Ed. ‘78/; D.D.S. ‘83; cert ’93/HP; HS ‘00) received her bachelor’s in biology from Christopher Newport College and earned a master’s in education and D.D.S. degree at VCU. She continued her studies and earned graduate certificates VCU in both gerontology and endodontics.

She has been a dental educator since 1987, teaching dental anatomy, operative dentistry, geriatric oral health and endodontics. Dr. Baughan served as full time faculty of VCU School of Dentistry for seventeen years. She has also served as faculty in the Department of Dental Specialties at Mayo Clinic and as part of the inaugural teams of three new dental schools: University of Nevada Las Vegas, Roseman University of Health Sciences and most recently the University of New England.

As a Richmond native, Dr. Baughan is happy to return to family and friends in Virginia, and is excited to rejoin colleagues of the VCU School of Dentistry as adjunct faculty in the Department of Endodontics.

With the retirement of Dr. Laurie Carter, who directed the school’s radiology department during her 19 years with the school, Dr. Aniket Jadhav joined staff last spring to fill her large shoes as director of the Oral Radiology Clinic.

Dr. Aniket Jadhav earned his D.D.S. from M.G.V.’s Karmaveer Bhausaheb Hiray Dental College and Hospital in Nashik, India, in 2008, followed by a certificate and master of dental science (MDentSc.) degree in oral and maxillofacial radiology from the University of Connecticut School of Dental medicine in 2013. He served as an assistant professor at the University Of Texas School Of Dentistry at Houston (UTHealth) from 2013 to 2018 where he was actively involved in the radiology imaging center project to provide cone beam CT interpretation and imaging services. He also holds a master’s in health care administration from the University of St. Francis in Illinois.

In his new role as Director of Radiology, he is looking forward to serving the VCU School of Dentistry’s imaging needs.

Dr. Jadhav is excited to be part of RVA community and looks forward to exploring Richmond with his wife, Neelam, and his two-year old son, Aayansh.  Apart from radiology, he enjoys traveling, exploring a variety of ethnic food, cricket and Bollywood movies.