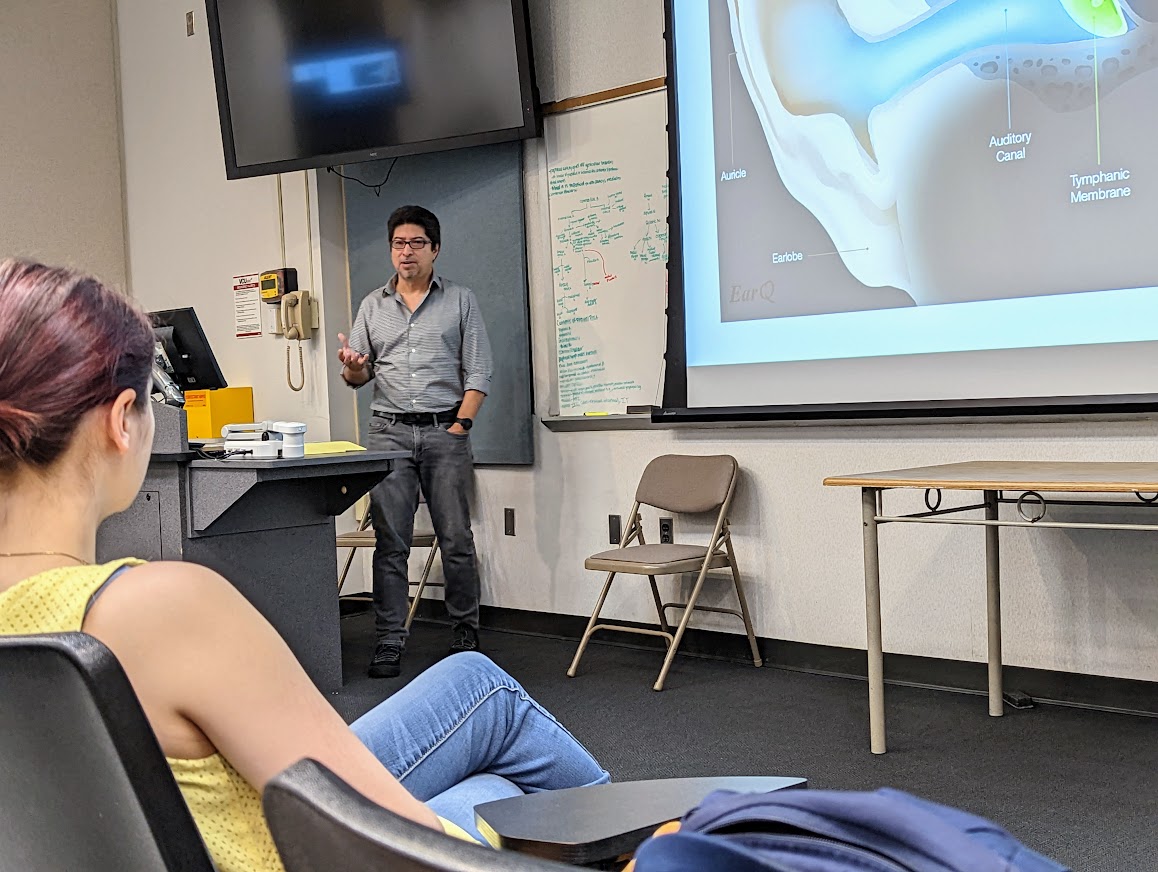 The veteran researcher says, “I’ve had many breaks along my career and I want to give back.”

As a young boy combing the beaches of his native Acapulco, Mexico, Carlos Escalante had big dreams about studying big things.

“I wanted to be a marine biologist and I grew up watching Jacques Cousteau television programs, exploring the sea and all of that,” said Escalante.

As an Associate Professor and Assistant Graduate Program Director in the VCU Department of Physiology and Biophysics, Escalante is living that dream of being a biologist. However, as a structural biologist, his focus falls on incredibly small particles, not the vast ocean.

“What we do is we really try to understand biology but at the atomic level. If we understand how macromolecules work, we can start understanding the details of how, you know, biology happens,” he said.

Escalante has been working at VCU since 2009 when he was recruited from the Icahn School of Medicine at Mount Sinai to help develop the structural biology area of the VCU Department of Physiology and Biophysics. Though a fan of New York City, he liked what he saw at VCU and thought Richmond would be a good place to raise his young family.

“The city itself was an interesting mix of urban and nature. You can walk just 15 minutes and you’re in the river, some park, or something. It was a nice combination,” he said.

When asked what success looks like in his work, Escalante cites the answers that you would expect from any professor: getting published and earning grants. But he lights up when he begins talking about demystifying the opportunities of science and research for underrepresented students and students of color.

I’ve had many breaks along my career and I want to give back and support the students as well as I can in my position.

“Being here in this country and knowing many students, I think a major obstacle that many of these students have is the lack of exposure. They don’t know what is there for them,” said Escalante. “I’m Mexican and I’m lucky to be in this position. I’ve had many breaks along my career and I want to give back and support the students as well as I can in my position. If they’re interested in science then, you know, come to my lab and you can do research.”

For Escalante, hosting students in his research lab is only the beginning. A couple of years ago, together with Dr. Dina Garcia from the Department of Health Behavior and Policy, encouraged a group of students to begin a campus chapter of SACNAS, the Society for the Advancement of Chicanos and Native Americans in Science. The VCU chapter is one of 133 campus chapters across the nation, according to the SACNAS website. VCU’s chapter has 45  students actively engaged with it, and that number is growing, Escalante said.

Along with Dr. LaChelle Waller, assistant professor and director of Undergraduate Advising and Research in the Department of Chemistry, Escalante built a collaboration that brings Medical Campus researchers to the Monroe Park Campus once a month to connect them with undergraduate students seeking a chance to work in the lab.

“When you’re on the Monroe Park Campus, the medical campus just seems so far away. But having these partnerships with faculty like Carlos is really bringing opportunities and building community for us – having this whole mentality to live what VCU is saying that we are one,” said Waller. “We want to make sure that students are feeling confident enough to break down barriers that could be facing them, even having the opportunity to connect with faculty members who are doing research that may look like them. So, we’re bringing them to us and our students are now in a very relaxed atmosphere where they can just be themselves.”

The Escalante-Waller collaboration began with a pilot last fall and continued into the spring semester, and then again this fall. The researchers and students meet on the second Friday of every month. Though relatively new, the partnership model is already showing results.

THE SUCCESS OF FAILURE

Escalante believes that hands-on, real-world research experience is invaluable for undergraduate students as they explore their future academic and career opportunities. He finds it invariably changes the way students think about themselves and the way they think about knowledge creation.

“Science, in many cases, is a lot of failure. It’s okay if things don’t work or if you make mistakes. That’s part of the learning and that’s how science advances. At the beginning they don’t want to mess up anything but that’s part of the learning experience,” Escalante said. “That’s what we want you to learn: to be a problem solver. There is a problem. Let’s think about it, try to solve it, or at least get close to an answer.”