Students advocate for affordable housing in D.C. as part of fellowship program 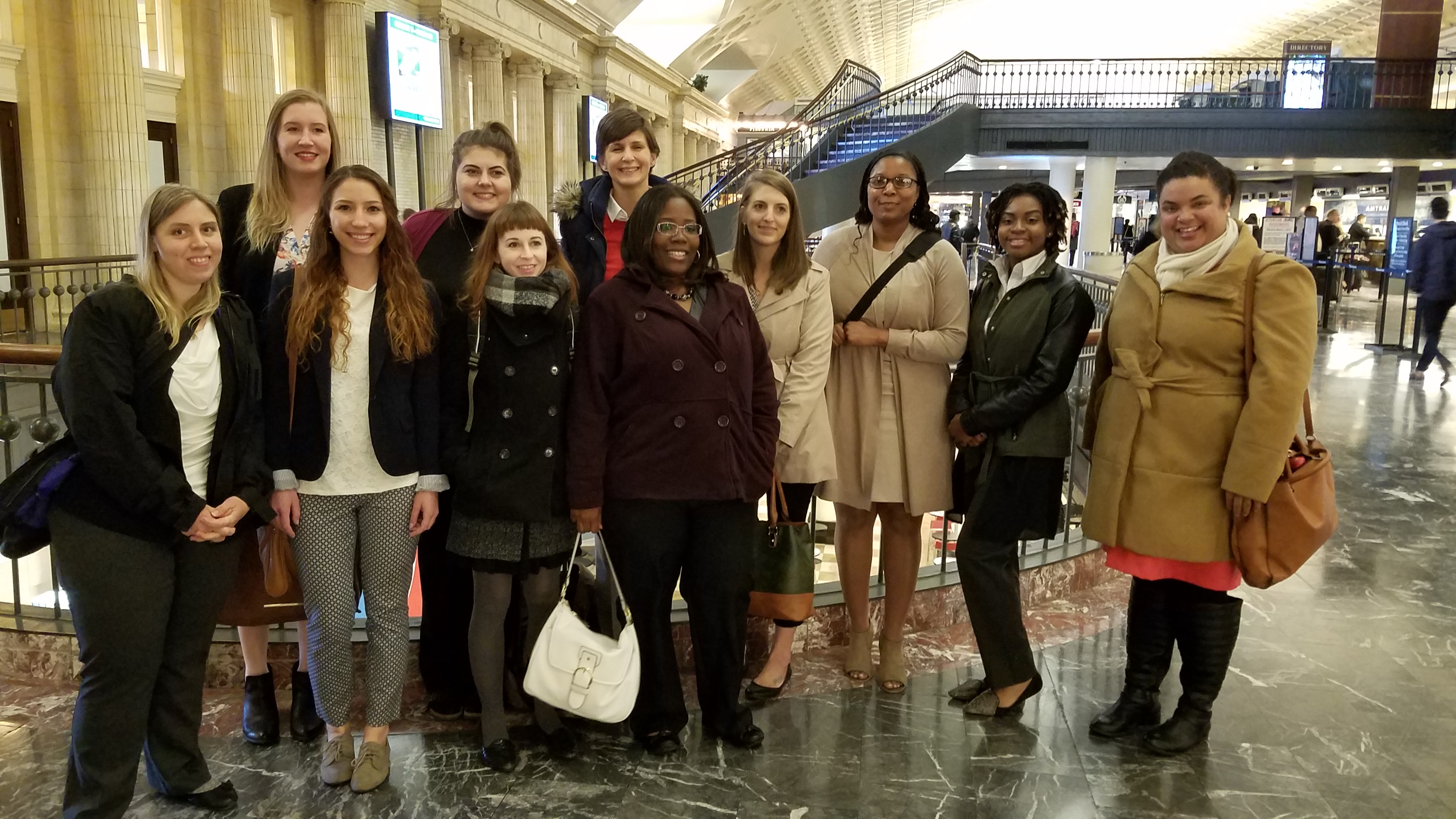 Social work students from Virginia Commonwealth University got a unique opportunity this past March to get some hands-on experience and further their careers in social work.

The School of Social Work’s Federal Policy Fellows program was inaugurated, by Alex Wagaman, Ph.D. and Matthew Bogenschutz, Ph.D., assistant professors in the School of Social Work, in 2015 with the intention of providing social work students an opportunity to travel to the nation’s capital to advocate for a specific issue.

The 2017 program began with a series of two-hour workshops where students learned about this year’s focus, affordable housing and homelessness. Throughout these four workshops, M.S.W. student Rachel Machacek says the federal policy fellows “learned about the representatives they would visit” and “devised a strategy for how to advocate for [their] issue.”

Lindsey Thomas, one of the program’s participants, says the group of students was preparing to advocate for federal representatives to support H.R. 948, which she says “made some changes to mortgage deductions and other low-income housing laws.”

Soon after, the federal policy fellows met with the president of the National Low Income Housing Coalition, as well as some policy and advocacy experts. Casey Natale, B.S.W., says the meeting with the NLIHC was “very informative” and gave the students good insight into how the organization has been working to expand affordable housing opportunities.

“The NLIHC speakers were able to give us a great view of how the legislative process works in terms of relationships between legislators,” says Thomas, “As well as a thorough understanding of what changes in housing policy could be helpful for the lowest income, highest need housing bracket.”

After their meeting with the NLIHC, where the students got some lobbying advice, they headed down to Capitol Hill to discuss the issue of low-income housing with federal representatives. Natale says the students “focused a lot humanizing these issues to everyone and making it relatable to every representative.”

For Machacek, this was one of the hardest and scariest parts of the program. She says that confronting a congressperson and educating them on a specific issue “feels a bit imposing,” but in the end it made for a great learning experience.

“We learn about policy and advocacy in school,” Machacek says. “But executing that in real time with an elected official or an aid with less than 10 minutes to talk is a completely different skill set you only get by doing.”

Overall, Machacek says that the Federal Policy Fellows program “broke down the process for understanding a social problem within the greater context of federal lawmaking.” For Thomas, a clinical concentration M.S.W. student, this was monumental. She says the program helped her gain a greater understanding of policy change than what is offered in the clinical track, and it “greatly empowered [her] to continue this advocacy work.”

For Natale, being a federal policy fellow was “the icing on the cake of [her] social work curriculum at VCU.”

“It tied together all three levels of social work,” she says. “It exemplified the importance of advocacy and educating those around us, and empowered us to utilize our self-awareness and determination to give a voice to those who are not being heard.”