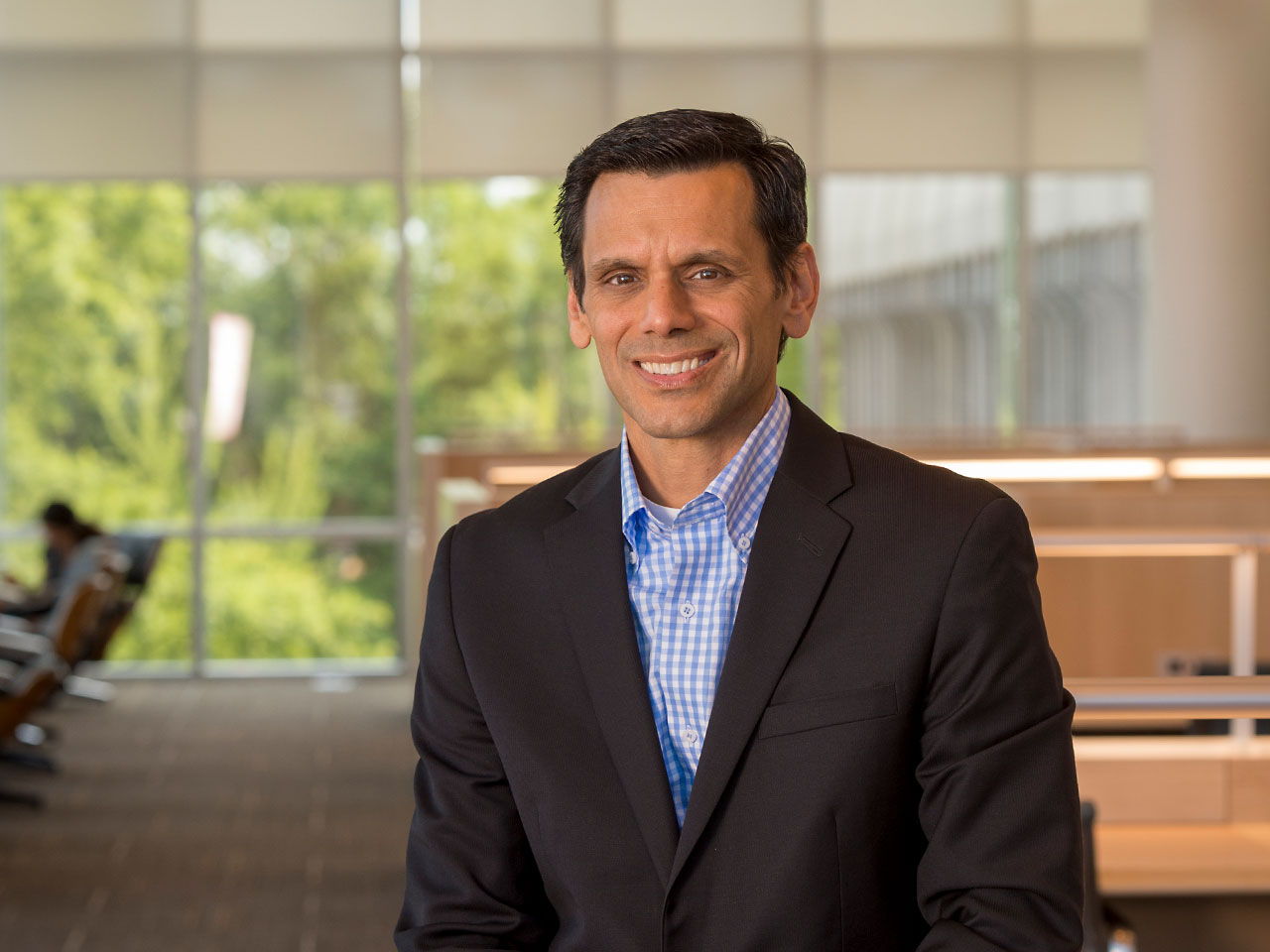 Michael Rao, Ph.D., became the fifth president of Virginia Commonwealth University and VCU Health System in 2009. He is the first Asian-American president in the university’s history.

Rao leads a nationally premier, urban public research university with an academic health system whose flagship hospital, VCU Medical Center, is ranked among the top 100 hospitals in the nation. VCU educates more than 29,000 students from 101 countries in more than 220 degree and certificate programs. As the largest employer in the Richmond area and among the largest in the commonwealth, VCU has an economic impact on Virginia of $9.5 billion. Additionally, VCUarts Qatar — located in Doha’s Education City — is internationally recognized for excellence in art and design.

Under Rao’s leadership, VCU’s place among national research universities continues to rise. U.S. News & World Report ranks several of VCU’s graduate programs in the top 50 in the nation. Consistently recognized for excellence, VCUart’s sculpture program and the College of Health Profession’s nurse anesthesia program are ranked No. 1 in the U.S. Likewise, the university is ranked No. 20 and No. 38, respectively, by the National Institutes of Health for addiction studies and neuroscience research. VCU is designated as being “Community Engaged” with “Very High Research Activity ” by the Carnegie Foundation.

Guided by its current strategic plan, Quest 2025: Together We Transform [PDF], the university is focused on the student experience, strengthening educator and researcher compensation, increasing national prominence through research and improving the patient experience. The completion of the largest capital campaign in university history — Make it Real: Campaign for VCU — provides VCU and VCU Health with the resources to continue to support VCU’s people, innovations and environments.

Classified as a Tier III institution with the highest level of financial authority by the State Council of Higher Education for Virginia, VCU educates and graduates more Pell-eligible and first-generation college-going students than its Tier III counterparts in the commonwealth combined.

With the addition of over 5.3 million square feet, Rao has overseen one of the largest expansions of VCU’s footprint through the construction of living-learning environments, academic meeting spaces and state-of-the-art clinical and laboratory facilities. With guidance from the master facility plan, ONE VCU, the university’s mission and physical environments will better align to support student success and patient experience while also focusing on safety, mobility and collaboration across programs. A VCU Engineering Research Building, the Children’s Hospital of Richmond at VCU Children’s Pavilion, the VCU Health Adult Outpatient Pavilion and a STEM facility will expand existing lab space and support innovative teaching methods.

Rao serves as chair of the Virginia Bio+Tech Partnership Authority and the Coalition of Urban Serving Universities, for whom he serves as its representative for the Association of Public and Land-Grant Universities. Rao also is a senior executive advisory committee member with the Northern Virginia Technology Council and vice chair/chair-elect for the American Council on Education. He is the immediate past chair of the Council of Presidents, having completed his term July 1, 2021.

Rao’s career in higher education began in California in 1992, when he became president of Mission College. At the time, he was the youngest college president in the nation. He went on to serve as chancellor of Montana State University – Northern and president of Central Michigan University.