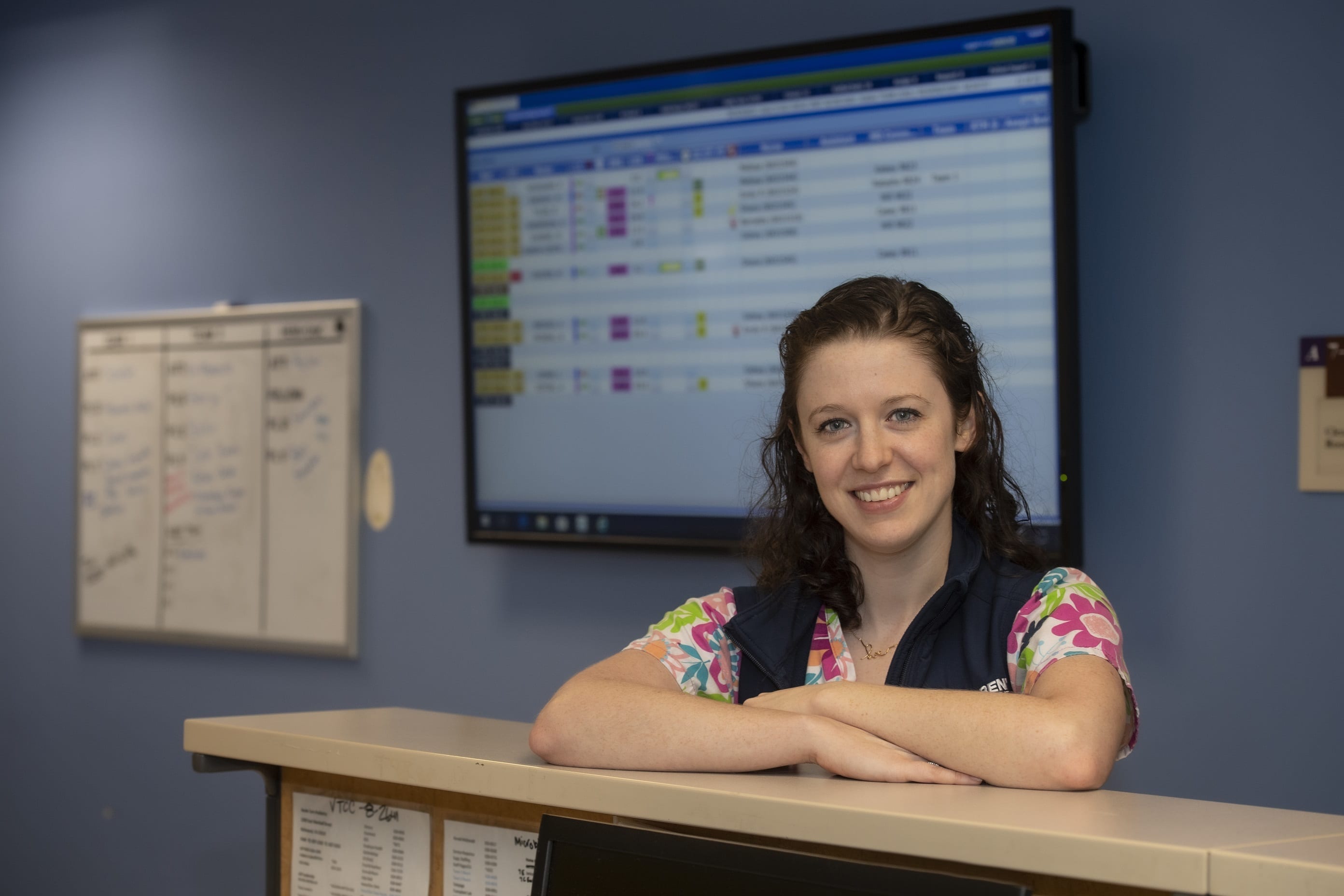 When Jenn Brigle (B.S.’14/N) decided to participate in the Leukemia & Lymphoma Society’s annual Man & Woman of the Year competition, she was not sure what to expect. She was familiar with the organization, which raises money to support blood cancer research, but didn’t think of herself as a fundraiser. Still, Brigle, a pediatric oncology nurse at Children’s Hospital of Richmond at VCU, was intrigued by the society’s efforts to fund child cancer research.

At the encouragement of friends and her father, Kevin, an oncology nurse practitioner at VCU Massey Cancer Center, Brigle set a goal to raise $50,000. She ultimately raised more than $67,000. In June, she was named the Leukemia & Lymphoma Society’s Woman of the Year in Virginia.

The honor is especially meaningful because of her profession, Brigle said.

“I think that is what made it so important to me,” she said. “The most common kind of pediatric cancer is leukemia and this organization specifically does leukemia, lymphoma and all blood cancers. I feel like I’m helping the patients I see as a nurse by taking care of them, and by doing the campaign I feel like I’m continuing to help them outside of work.”

Brigle earned a bachelor’s degree in health sciences from Virginia Tech in 2013. She initially wanted to become a women’s health nurse practitioner and enrolled in the VCU School of Nursing’s accelerated bachelor’s program later that year. While she was a student, she applied for a care partner position in labor and delivery at VCU Medical Center.

“It didn’t work out, and I ended up getting a position in pediatrics [instead],” Brigle said. “And that experience just changed my frame of thought — I decided I wanted to stick with the kids after I graduated from nursing school.”

Brigle began working full time at Children’s Hospital of Richmond at VCU in January 2015. She is mostly at the inpatient hospital, where she cares for children who are receiving care for cancer or blood disorders. And while she is not sure she will participate in the Leukemia & Lymphoma Society’s annual competition again, she is confident she will continue helping those fighting cancer — especially children.

“It’s definitely something I see myself [continuing], especially with this population,” she said. “I’m sitting in on some meetings for the new inpatient children’s hospital and I’m already envisioning myself working there.”

This article was originally published by VCU News.